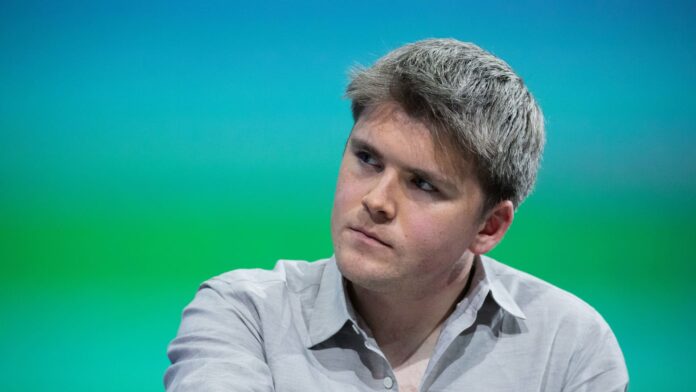 AMSTERDAM — The co-founder of $95 billion fintech giant Stripe defended the company’s business practices after complaints from rivals that it engages in unfair competition.

John Collison, Stripe’s president, said Tuesday he is “pretty unapologetic” about the company’s decisions to launch similar features to rival fintech firms, adding this is “how the economy works.”

Major tech platforms have frequently attracted criticisms for borrowing ideas from smaller competitors. Facebook parent company Meta and Twitter have been accused of mimicking the audio chat app Clubhouse with their own competing features, for example.

Once viewed as a darling of Silicon Valley, Stripe has faced allegations of foul play from fellow financial technology firms including Bolt, a one-click checkout service, and Plaid, which allows fintech companies to access customer data securely.

Ryan Breslow, founder of Bolt, described Stripe as a “mob boss” in Silicon Valley, accusing it of colluding with investors like Y Combinator and Sequoia to make it harder for rival firms to compete.

In one tweet, Breslow — who has since stepped down as Bolt’s CEO — accused Stripe of running a “monopoly on technical eyeballs,” claiming the company made it harder for competing fintech firms to get coverage on Hacker News, a popular tech news website owned by Y Combinator.

Collison said any suggestion Stripe is operating a monopoly is “ludicrous and disprovable.”

“There are so many payment companies,” he said, adding firms like PayPal and Adyen offer ample competition for Stripe.

Last year, Stripe processed $640 billion in transaction volumes, marking an increase of 60% from 2020.

Investors have long speculated about an eventual listing for the firm. Collison said Stripe is “very happy” staying private for the time being.

These are the states with America’s worst infrastructure in 2022