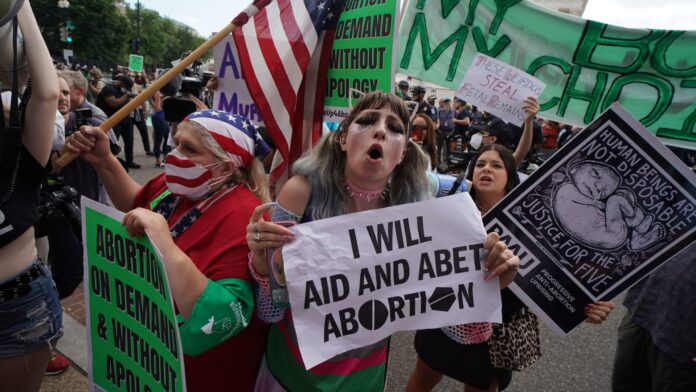 The Supreme Court on Friday overturned Roe v. Wade, the landmark ruling that established the constitutional right to abortion in the U.S. in 1973, promising to further drive political divisions across America.

The court’s controversial but expected ruling gives individual states the power to set their own abortion laws without concern of running afoul of Roe, which for nearly half a century had permitted abortions during the first two trimesters of pregnancy.

Almost half the states are expected to outlaw or severely restrict abortion as a result of the Supreme Court’s decision. Other states plan to maintain more liberal rules governing the termination of pregnancies.

The case that triggered Roe’s demise after nearly a half-century, known as Dobbs v. Jackson Women’s Health Organization, is related to a Mississippi law that banned nearly all abortions after 15 weeks of pregnancy.

Dobbs was by far the most significant and controversial dispute of the court’s term. It also posed the most serious threat to abortion rights since a 1992 case, Planned Parenthood v. Casey, in which the Supreme Court reaffirmed Roe.

Chipotle would rather be loved by customers than feared by competitors