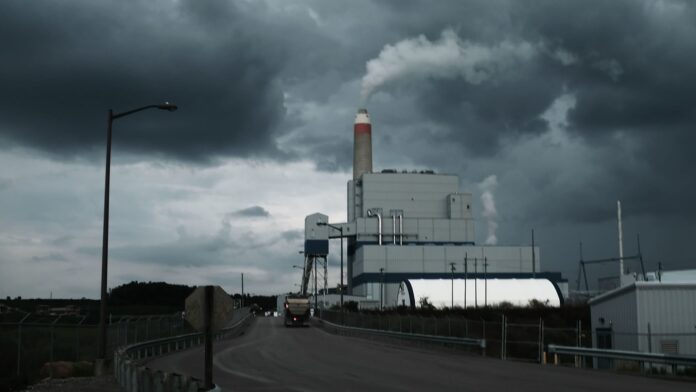 In its 6-3 ruling, the Supreme Court said that Congress, not the EPA, has the power to create a broad system of cap-and-trade regulations to limit carbon emissions from existing plants in a bid to transition away from coal to renewable energy sources.

The court’s ruling on the case affects the federal government’s authority to set standards for pollutants like carbon dioxide from power plants under the landmark Clean Air Act. The decision is a major setback for the Biden administration’s agenda to combat climate change, specifically the goal to zero out carbon emissions from power plants by 2035 and cut in half the country’s emissions by 2100.

The case stems from the EPA’s directive in 2015 to coal power plants to either reduce production or subsidize alternate forms of energy. That order was never implemented because it was immediately challenged in court.

Fossil fuel-fired power plants are the second-largest source of pollution in the U.S. behind transportation, according to the EPA. The U.S. is also the second-largest producer of greenhouse gases behind China, making it a key player in global efforts to combat climate change.

Chief Justice John Roberts wrote the majority opinion, in the case, known as West Virginia v. the Environmental Protection Agency, which was joined by the Supreme Court’s other five conservative members.

The decision is the first time a majority opinion explicitly cited the so-called major questions doctrine to justify a ruling. That controversial doctrine holds that with issues of major national significance, a regulatory agency must have clear statutory authorization from Congress to take certain actions, and not rely on its general agency authority.

Roberts wrote, “There is little reason to think Congress assigned such decisions” about the regulations in question to the EPA, despite the agency’s belief that “Congress implicitly tasked it, and it alone, with balancing the many vital considerations of national policy implicated in deciding how Americans will get their energy.”

“Capping carbon dioxide emissions at a level that will force a nationwide transition away from the use of coal to generate electricity may be a sensible ‘solution to the crisis of the day,’ ” Roberts wrote, “But it is not plausible that Congress gave EPA the authority to adopt on its own such a regulatory scheme.”

He added: “A decision of such magnitude and consequence rests with Congress itself, or an agency acting pursuant to a clear delegation from that representative body.”

Justice Elena Kagan wrote a dissent, which was joined by the court’s two other liberals.

“Today, the Court strips the Environmental Protection Agency (EPA) of the power Congress gave it to respond to ‘the most pressing environmental challenge of our time, ” Kagan wrote in the dissent.

“The Court appoints itself — instead of Congress or the expert agency—the decisionmaker on climate policy. I cannot think of many things more frightening,” Kagan wrote.

She also said, “The majority claims it is just following precedent, but that is not so. The Court has never even used the term ‘major questions doctrine’ before.”

Senate Majority Leader Chuck Schumer, D-N.Y., in a statement said, “Today’s decision adds to a number of dangerously outrageous decisions that have rightly tarnished the public’s confidence in the Court.”

“First on gun safety, then on abortion, and now on the environment – this MAGA, regressive, extremist Supreme Court is intent on setting America back decades, if not centuries,” Schumer said. “The Republican-appointed majority of the MAGA Court is pushing the country back to a time when robbers barons and corporate elites have complete power and average citizens have no say.”

Schumer was referring to the court’s rulings last week, one of which undid the nearly half-century-old federal right to abortion, the other invalidating some of New York’s restrictions on carry permits for handguns.

Fight dates back to Obama administration

The court’s six-justice conservative majority has been skeptical of the federal agency’s authority to set national standards.

The legal fighting over the EPA’s authority began several years ago when the Obama administration set strict carbon limits for each state in an effort to reduce emissions from power plants, and urged states to meet limits by shifting to cleaner energy alternatives like wind and solar.

The Obama administration’s Clean Power Plan was temporarily blocked in 2016 by the Supreme Court and then repealed in 2019 by the Trump administration, which argued that the plan exceeded the EPA’s authority under the Clean Air Act. It argued that the act only allowed the agency to set standards on the physical premises of a power plant — or “inside the fenceline.”

The Trump administration proposed more lenient standards to regulate emissions only from existing coal-fired steam plants, a policy called the Affordable Clean Energy Rule. The revision was challenged by states and environmental groups and ultimately struck down by the U.S. Court of Appeals for the District of Columbia Circuit.

Since then, there hasn’t been an EPA standard with respect to carbon pollution from existing power plants.

Republican attorneys general led by West Virginia, a major coal producer, along with coal companies and industry groups, pursued the case, arguing that the EPA doesn’t have the authority to transition the country to cleaner energy sources and that such authority belongs to Congress.

Lawyers representing the EPA and U.S. utility industry lobby groups pushed back on arguments restricting the agency’s authority, arguing that doing so would prompt lawsuits against power providers.

Under the Biden administration, the EPA has indicated that it will not attempt to resurrect the Clean Power Plan, but rather create its own rules to regulate power plant emissions.

Thursday’s decision could rule out the agency’s ability to impose a cap-and-trade system, which allows the government to set a maximum on the amount of greenhouse gas emissions released across an industry and penalize parties for violations. Parties then buy and sell the rights to exceed that cap, essentially creating a market around emissions.

The ruling, however, does not affect the EPA’s ability to limit greenhouse gas emissions more broadly.

Jason Rylander, an attorney at the Center for Biological Diversity’s Climate Law Institute, said that while the ruling was “bad” and “unnecessary,” the EPA still has the ability to limit greenhouse gases at the source under Section 111 of the Clean Air Act and more broadly through other provisions of the act.

“In the wake of this ruling, EPA must use its remaining authority to the fullest,” Rylander said. “The case highlights the need for swift executive action on climate.”