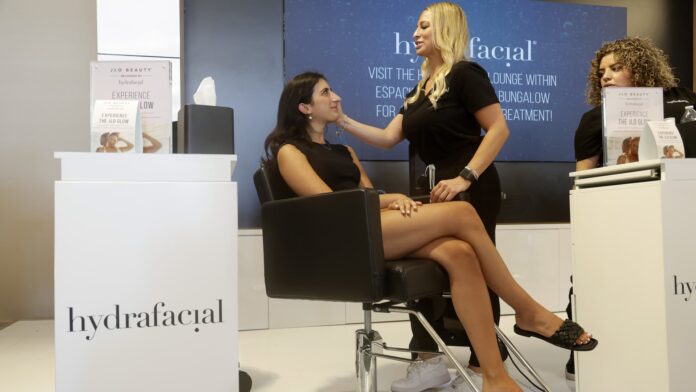 Investors raised bets against Beauty Health Company , owner of the skincare brand HydraFacial, in the first half of November. As of Nov. 15, short interest in the beauty stock surged 26% to 32.8 million, or roughly 32% of its total float, according to FactSet data. Short interest as a percentage of float refers to the amount of shares available for trading that are being bet against the company. Shares of Beauty Health underperformed in 2022, down more than 50% this year, while the S & P 500 declined about 17% over the same time period. In a note earlier this month, JPMorgan analyst Allen Gong downgraded the stock to neutral from overweight, and halved his price target to $11 from $22. After seeing the company’s most recent earnings results , Gong said that Beauty Health’s elevated spending, and slow growth in its skincare consumables business, is a strike against it for now. “We continue to like the story longer term, as this near-term spend should position the company for strong growth in 2023+, but we believe that share performance will be limited in the meantime as investors continue to take a shorter-term view,” Gong wrote. Beauty Health has made a number of infrastructure investments as it expands its business globally. Meanwhile, short interest in Groupon rebounded 10% to 5.3 million shares, or 28% of total float. Short interest in the e-commerce name had fallen in the latter half of October. (Note: This table shows stocks traded on the NASDAQ or NYSE exchange with short interest of more than 25% of their total float and at least $100M in market cap. Short interest data is updated twice a month and reported mid-month and at the end of the month. These figures are current as of 11/15/22 as reported by the exchanges, via FactSet. The next release of short interest figures is 12/9/22 for data as of 11/30/22.) — CNBC’s Michael Bloom contributed to this report.

Elon Musk is a smart person but he doesn’t understand ESG: Tech CEO

Here’s everything the Federal Reserve is expected to do Wednesday