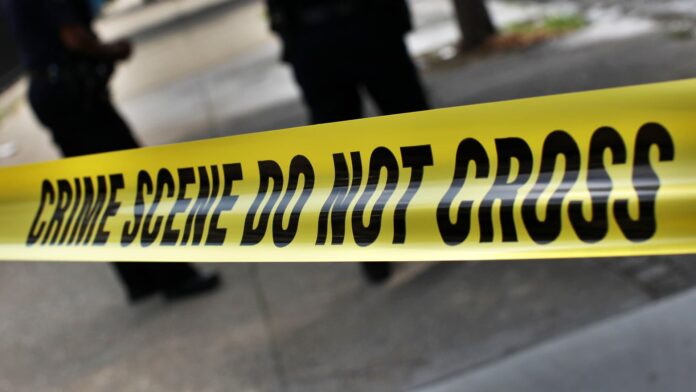 With five million more job openings in the U.S. than there are employees to fill them, workers have more leverage than they have had in years. They are using that power — and unprecedented mobility — to demand a welcoming environment and great quality of life in the places they work.

That is why CNBC’s annual America’s Top States for Business study pays particular attention to quality of life. Now, with workers increasingly holding the cards, it is especially important in our methodology.

Our Life, Health and Inclusion category considers factors such as crime rates, environmental quality, and health care. For the first time in 2022, we also consider the availability of childcare, which the U.S. Chamber of Commerce found is a major obstacle for parents seeking to reenter the workforce.

We also consider inclusiveness of state laws in areas like protections against discrimination and voting rights. That’s not politics, it’s business.

Many Gen Z and millennial workers will turn down jobs that don’t match their values, Deloitte found. If you need workers, you want to be in a place they are willing to go to.

We found some states are particularly welcoming. But these ten states fall short.

With only about 400 licensed childcare centers in a state with more than 3 million people, Nevada is one of the worst states for access to childcare at a time when it is desperately needed. Also, the desert air is far from clear in the state’s most populous areas, according to the American Lung Association. Residents in Clark County, home of Las Vegas, endure more than three weeks of high ozone days per year.

The Volunteer State has notched some impressive economic development victories lately —like a major Ford electric vehicle facility — gaining lots of new residents in the process. But those workers are moving to a state that is chipping away at inclusiveness. The state has passed a series of laws aimed at the LGBTQ community, including a transgender sports bill this year that the Human Rights Campaign calls “discriminatory, unfair, and unnecessary.”

The Land of Enchantment is cursed by crime — the second highest violent crime rate in the nation, according to FBI statistics. Only Alaska is worse. In her 2022 State of the State address, Gov. Michelle Lujan Grisham made a business case for tackling the problem.  “If we want to keep up our economic momentum,” she said, “we have got to get crime under control.”

Louisiana is America’s unhealthiest state, according to the United Health Foundation, with the nation’s third highest cholesterol level, and the fourth highest rate of premature deaths. According to FBI statistics, the violent crime rate is among the nation’s highest.

St. Louis County Prosecutor Wesley Bell listens to a concerned voter after casting his ballot on November 3, 2020 outside the St. Louis County Board of Elections in St. Ann, Missouri.

This year, Missouri grudgingly agreed to join 45 other states and allow early voting beginning with the general election in November. But the same bill, scheduled to take effect after the state’s August primaries, outlaws most mail-in voting, and adds a deeply controversial voter ID provision.

With 2.19 hospital beds per 1,000 residents, according to Becker’s Hospital Review, The Palmetto State finishes near the bottom for health care resources. And the state ranks 44th for access to clinical care, according to the United Health Foundation.

Oklahomans are not big on taking care of themselves, according to United Health Foundation data, which show they are among the least likely to exercise or even eat fruits and vegetables. The state is also among the worst for adults without health insurance, and childhood vaccines. Hospitals have spent much of the Covid-19 pandemic under stress, according to data from the Commonwealth Fund.

A registered nurse, talks to a ventilated patient as medical professionals treat people infected with the coronavirus disease (COVID-19) in Houston, Texas, November 12, 2020.

Skilled workers are still flocking to Texas despite longstanding quality of life issues. According to Census data, the state ranks No. 3 for net migration of college educated workers behind Florida and Washington. But when they arrive, they are finding limited childcare options, a stressed health care system with the highest rate of uninsured, new curbs on voting rights, and few protections against discrimination.

A pedestrian uses an umbrella to get some relief from the sun as she walks past a sign displaying the temperature on June 20, 2017 in Phoenix, Arizona.

“It’s a dry heat,” The Grand Canyon State saying goes. But it leads to some of the worst air quality in the nation, according to the American Lung Association. Maricopa County, home to Phoenix, endures 39 high ozone days per year. That puts more stress on an already poor health care system, short on hospital beds and staff. The state spends just $79 per person on public health, among the country’s lowest. Arizona offers stunning natural beauty and top-notch cultural and recreational attractions. But that comes at a stiff price in America’s worst state to live in.

The Walmart, Target inventory misses include a message for Main Street