HomeInvestingThis week's best performers include Boeing and a casino stock expected to...
Investing 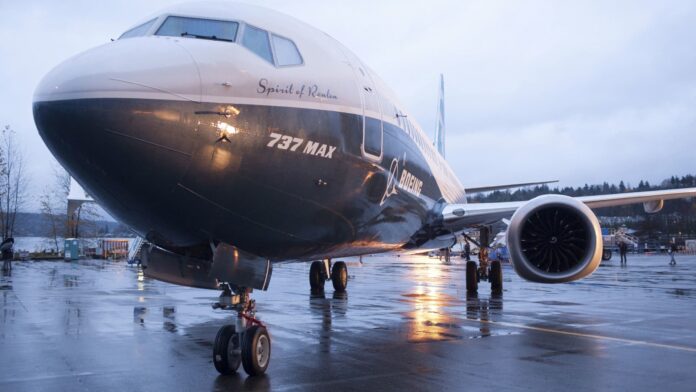 Some of the biggest winners amid the volatile stock market action this week include a health-care name that is being bought, two casino names and Boeing. Stocks were on pace for weekly declines as investors digested the latest Federal Reserve interest rate hikes and comments from Chair Jerome Powell about future tightening. Stronger-than-expected jobs data further fueled concerns that the central bank will stay the course. What follows are companies that outperformed this week and where analysts stand on the stocks. To find these names, CNBC Pro screened for S & P 500 stocks with the best week-to-date gains. Abiomed has the largest gain of 44.9% thanks to news earlier this week that it is being bought by Johnson & Johnson in a $16.6 billion deal . J & J agreed to pay $380 per Abiomed share, a 50.7% premium over Monday’s closing price of $252.08. In addition, shareholders of Abiomed shareholders have the right to receive up to $35 per share in cash if certain clinical and commercial milestones are achieved. The next biggest winner was Wynn Resorts , which rallied almost 20% so far this week. Analysts also see the stock gaining another 20%, based on the average price target. Earlier this week, a filing showed that billionaire investor Tilman Fertitta has taken a 6.1% stake in the company. Las Vegas Sands also gained this week, up 8%. Another name in the news this week was Boeing . During its first public investor meeting since 2016, the company forecasted a jump in aircraft deliveries and higher free cash flow next year. Shares are down more than 20% year to date, but gained 10% this week. Boeing has nearly 20% upside to the average analyst price target, according to FactSet. EOG Resources rallied more than 8% so far this week. The energy company, one of three on the list, fell short of earnings expectations when it reported Thursday. However, it also announced a 395,000 net acre position in the Ohio Utica Shale. EOG also increased its regular dividend by 10% to 82.5 cents per share and declared a special dividend of $1.50 per share. The stock has 4% upside to the average analyst price target, according to FactSet. Hologic also gained more than 8% week to date. The medical equipment maker posted better-than-expected quarterly profit and issued an upbeat outlook on Tuesday. The stock is only down nearly 3% so far this year and has 7% upside, according to FactSet.

SM Entertainment to set up Southeast Asia HQ in Singapore