HomeBusinessFlu hospitalization rate highest in a decade, kids and seniors most at...
Business

Flu hospitalization rate highest in a decade, kids and seniors most at risk 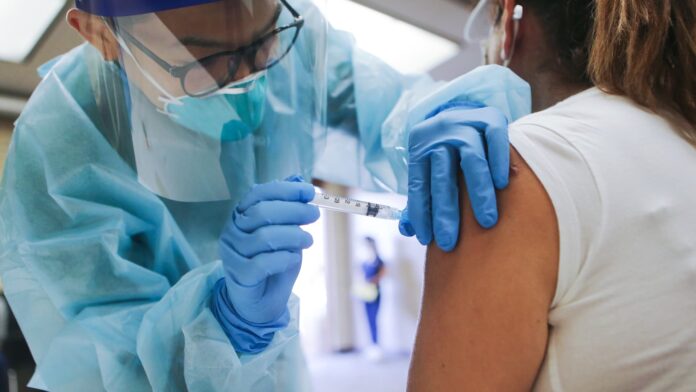 The U.S. is facing the highest flu hospitalization rates in more than a decade with children and the elderly most at risk, according to the Centers for Disease Control and Prevention.

Flu and respiratory syncytial virus had receded during the Covid-19 pandemic due to mitigation measures such as masks and social distancing. But as people start to return to their normal routines and socialize without masks, the viruses are staging a major comeback.

At least 1.6 million people have fallen ill with the flu so far this season, 13,000 people have been hospitalized, and 730 have died, according to CDC data.

About about 3 patients are being hospitalized with the flu out of every 100,000 people with the virus right now, which is the highest rate since 2010. The current hospitalization rate is nearly five times what was observed during the last pre-pandemic season in 2019.

Seniors and children younger than age 5 face the biggest risk right now, with hospitalization rates about double the general population, according to CDC data.

“There are also early signs of influenza causing severe illness in precisely these two groups of individuals,” Dr. Jose Romero, director of the CDC’s National Center for Immunization and Respiratory Diseases, told reporters during a briefing Friday.

In the Southeastern U.S., about 20% of respiratory samples are testing positive for a strain of flu called H3N2 that has been associated with more severe illness in children and older people in the past, Romero said. In the Mid-Atlantic and Midwest, H1N1 flu viruses are growing in circulation, he said.

Cases of respiratory syncytial virus, or RSV, are also increasing in almost every region of the U.S. right now, Romero said. In most of the South and parts of the West, however, RSV is trending downward and the flu is now surging, he said.

RSV is a common virus that most children catch before age two. It normally causes cold-like symptoms, but can also result in serious illness requiring hospitalization for infants and the elderly.

Romero said mitigation measures implemented during Covid left a large swath of the U.S. population uninfected with other common respiratory viruses, and as a consequence these viruses are now surging because young children in particular do not have immunity from prior infections.

The federal government is prepared to send medical teams and provide supplies from the strategic national stockpile if hospitals are stretched beyond capacity, according to Dawn O’Connell, a senior official at the Health and Human Services Department. No state has requested such support so far, O’Connell said.

Romero called on everyone who is eligible to get their annual flu shot and Covid booster dose. Children younger than age 8 who are receiving the flu vaccine for the first time should receive two doses for the best protection, he said. There is no vaccine that protects against RSV.

Romero also called for people to take everyday, commonsense precautions such as covering your mouth and nose when coughing or sneezing and washing your hands frequently.

It’s often difficult to the tell the difference between flu, RSV and Covid symptoms. Romero said parents should seek medical attention for their children right away if they show any of the following warning signs: Trouble breathing, blueish lips or face, chest or muscle pain, dehydration (dry mouth, crying without tears, or not urinating for hours), or not alert or interactive when awake.

White House chief medical advisor Dr. Anthony Fauci also warned this week Covid deaths are still far too high. Fauci said the U.S. stands at a crossroads as omicron subvariants emerge that are resistant to key antibody treatments that protect the most vulnerable.

Fauci warned hospitals could face a “negative trifecta” this winter from emerging Covid variants, the flu, and RSV.

“It’s going to be very confounding and might even stress the hospital system, particularly for the pediatric population,” Fauci said.