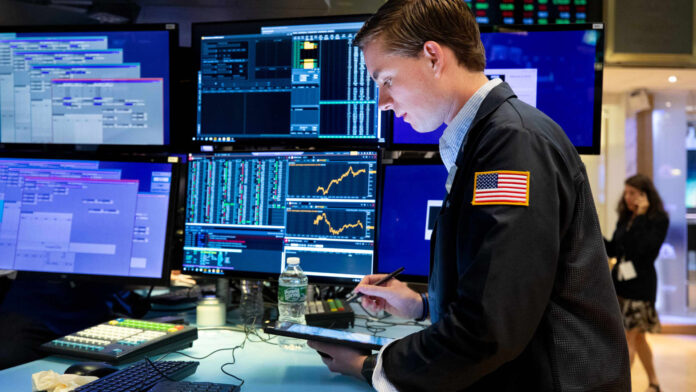 U.S. Treasury yields retreated on Tuesday as concerns about a potential economic recession continued to send investors in search of safety.

In this shortened week, investors are looking ahead to the release of June jobs report data on Friday. According to Dow Jones estimates, job growth likely slowed in June, with 250,000 nonfarm payrolls added, down from 390,000 in May. Economists surveyed expect the unemployment rate to hold at 3.6%.

Data on Tuesday includes May’s factory orders, while auctions will be held for $45 billion of 13-week Treasury bills and $42 billion of 26-week bills.

A single dose of monkeypox vaccine provides some protection against infection, CDC says

Millions at risk of losing Medicaid in the spring under $1.7 trillion federal spending bill

Where Russians go on vacation since the Ukraine war started