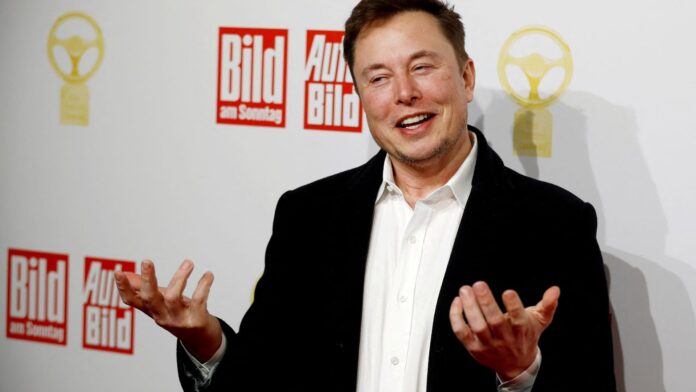 Elon Musk arrives on the red carpet for the automobile awards “Das Goldene Lenkrad” (The golden steering wheel) given by a German newspaper in Berlin, Germany, November 12, 2019.

Days after closing his $44 billion purchase of Twitter, Elon Musk faced pressure from heads of civil rights groups to disallow many users who had been banned from the platform from returning, and to give company staffers access to the tools necessary to combat election-related misinformation.

Leaders of the Anti-Defamation League, the NAACP, Color of Change, Asian American Foundation and Free Press, a media reform advocacy group, spoke with Musk in an almost hour-long Zoom call on Tuesday, one week before the Nov. 8 midterm elections.

Jonathan Greenblatt, CEO of the Anti-Defamation League, helped organize the call after speaking with Musk previously, and took part in the meeting, according to three of the attendees.

Some of the organizations represented have co-signed an open letter to Twitter’s advertisers to encourage them to “cease all advertising on Twitter globally if he [Musk] follows through on his plans to undermine brand safety and community standards including gutting content moderation.”

Bloomberg reported that some employees had been frozen out of their access to tools used for content moderation and policy enforcement, which could impact the company’s ability to eliminate misinformation on Election Day. Yoel Roth, Twitter’s head of safety and integrity, defended the move as “exactly what we (or any company) should be doing in the midst of a corporate transition to reduce opportunities for insider risk.” He said Twitter is still enforcing its rules.

After the call with civil rights groups, Musk tweeted that users who’ve been banned from Twitter for violating its rules — a group that includes former President Donald Trump — will not have the chance to return to the platform for at least another few weeks. Prior reports suggested Musk was planning to allow people who’d been kicked off Twitter for disciplinary reasons to come back.

Musk told the group that he plans to retain and enforce Twitter’s election integrity measures, and staff will have access to the necessary tools by the end of this week, Free Press CEO Jessica Gonzalez, who was on the call, said in an interview.

Michael Kives, a longtime Musk ally, was also on the call, according to the participants. Kives’ firm, K5 Global, has backed SpaceX and The Boring Company, two of Musk’s other companies.

Musk was the only Twitter representative on the call. Neither Musk nor Kives, who reportedly worked as a spokesman for former President Bill Clinton, immediately responded to requests for comment.

Rashad Robinson, president of Color of Change, told CNBC on Wednesday that he urged Musk to implement a consistent process for letting people back onto Twitter.

Robinson said he “spoke to him [Musk] about the folks that had incited violence and the message that it sends both to just replatform them without a very clear and transparent process.” He also said that, when it allows people to return, Twitter should “take accountability, not just for what these folks do, but to the message it sends their followers.”

Trump, who was banned after the Jan. 6 insurrection on the U.S. Capitol, wasn’t mentioned by name on the call, attendees said. But Derrick Johnson, CEO of the NAACP, said the group told Musk, “there are some people whose offenses are so egregious that they should never be allowed back on the platform.” Johnson added, referring to Trump, that “I would hope that he’s never placed back on the platform because we’d all be in danger.”

Musk said before he finalized his purchase of Twitter that it was a “mistake” to permanently ban Trump from the platform. But after the deal was completed, Musk quickly moved to reassure advertisers that Twitter would not become a “free-for-all hellscape” just because he favors more lenient content moderation policies.

Musk told advertisers he acquired Twitter because he believes it’s “important to the future of civilization to have a common digital town square, where a wide range of beliefs can be debated in a healthy manner, without resorting to violence.”

The Tesla CEO said he plans to create a council at Twitter that will help review its content moderation approach. He said the group “will include representatives with widely divergent views, which will certainly include the civil rights community and groups who face hate-fueled violence.”

Coinbase lays off 18% as execs prepare for recession, ‘crypto winter’

Is Meta a broken stock? Earnings will help answer some lingering questions