HomeTechnologyTwitter's biggest accusations against Musk in its lawsuit
Technology

Twitter’s biggest accusations against Musk in its lawsuit 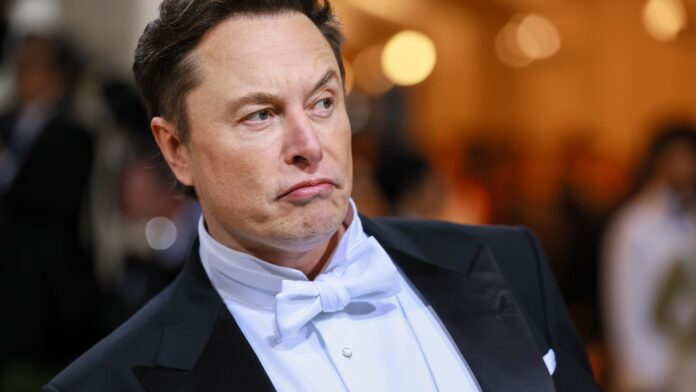 NEW YORK, NEW YORK – MAY 02: Elon Musk attends The 2022 Met Gala Celebrating “In America: An Anthology of Fashion” at The Metropolitan Museum of Art on May 02, 2022 in New York City. (Photo by Theo Wargo/WireImage)

Twitter has filed suit against Elon Musk to seek to hold the billionaire to his $44 billion deal to buy the company.

It’s the latest twist in the monthslong takeover saga after Musk said last week he wants to terminate the deal. Musk claimed Twitter violated their agreement by failing to provide the information he requested to verify the number of spam accounts on its platform and failed to proceed with the ordinary course of business by conducting layoffs.

His lawyer said they were also considering whether Twitter’s declining stock performance in the midst of a broader market downturn may impact the agreement.

After the letter from Musk’s lawyer became public, Twitter’s board chairman, Bret Taylor, said the company planned to take the Tesla and SpaceX CEO to court. The company followed through on that promise Tuesday with its complaint in the Delaware Court of Chancery.

Shortly after the complaint was filed, Musk tweeted, “Oh the irony lol.”

Here are some of the biggest accusations Twitter made against Musk in its complaint:

Musk’s own words have helped push the share price down

Musk’s public critiques of Twitter and the deal have created risk to its business and “downward pressure on its share price,” the lawsuit claims.

Twitter alleges Musk seems to see the company and proposed deal as an “elaborate joke” and the company points to tweets from Musk making light of the twists and turns in the merger saga.

It claims Musk has continued to disparage the business, including by calling publicly for the SEC to investigate its spam disclosures.

Musk allegedly failed to make some meetings with Twitter about spam

According to Twitter, its executives offered meetings with Musk to discuss spam accounts, but Musk failed to attend them.

Twitter alleges its CEO, Parag Agrawal, and CFO Ned Segal had been trying to coordinate time to speak with Musk and his team about the prevalence of spam on the platform. Segal allegedly proposed a time to discuss in mid-June, but Musk said he had a conflict with the time. Musk later agreed to a time on June 21, according to the complaint, “but then bowed out and asked Agrawal and Segal to speak with his team not about the spam estimation process but ‘the pro forma financials for the debt.'”

Later in June Twitter alleges, Segal again offered time to review with Musk how Twitter samples accounts to determine the prevalence of spam, but “That meeting never occurred despite multiple attempts by Twitter.”

Musk initially said taking Twitter private would help purge spam from the platform in a way that would otherwise be impractical, the company noted in its complaint. The filing includes images of Musk’s tweets to show he was well aware of spam accounts on Twitter, like one from April when he wrote, “If our twitter bid succeeds, we will defeat the spam bots or die trying!”

Twitter claims that Musk only began demanding proof spam was not a serious issue on the platform once the market declined.

Twitter also claims Musk is acting in bad faith in part by allegedly falsely asserting that closing the deal “depends on the results of his fishing expedition and his ability to secure debt financing.”

“There is no financing contingency and no diligence condition,” the company wrote in the complaint. “The deal is backed by airtight debt and equity commitments. Musk has personally committed $33.5 billion.”

Musk’s lawyer claimed Twitter’s recent layoffs could be considered a breach of the contract for deviating from the ordinary course of business.

But Twitter claims it had negotiated a right to hire and fire employees as it saw fit without Musk’s consultation. Musk had allegedly sought to prevent Twitter from hiring or firing employees at the level of vice president or above, but the company said it successfully got rid of that provision before the agreement was signed.

Twitter said there were few closing conditions in the contract. The agreement required a majority vote of Twitter’s stockholders, regulatory approvals and no material adverse effects continuing at the time of closing.

Twitter claims that any inaccuracy in its financial reports with the Securities and Exchange Commission doesn’t excuse it from closing unless it can be considered materially adverse. Twitter said that would not include situations impacting the market broadly or other social media companies. It also claims Musk-controlled entities affirmed they’d conducted a review of the company to their satisfaction before the agreement.

Twitter points to the agreement’s information-sharing provisions that require it to provide “reasonable access” to information to Musk. But the company emphasized that information must be requested for a “reasonable business purpose related to the consummation of the transactions contemplated by this Agreement.”

Twitter also noted it would be allowed to decline a request if it reasonably determined complying could cause it competitive harm if the deal didn’t close or would violate laws like those around privacy.

Twitter alleges Musk’s motivation for seeking to get out of the deal comes in part from the deteriorating market conditions since he signed the agreement.

“Rather than bear the cost of the market downturn, as the merger agreement requires, Musk wants to shift it to Twitter’s stockholders,” the company claims.

Twitter added that this behavior is consistent with Musk’s past actions, like acquiring stock in the company without the proper regulatory notice.

“It tracks the disdain he has shown for the company that one would have expected Musk, as its would-be steward, to protect,” Twitter wrote.

Musk didn’t immediately respond to a request for comment.

Netflix earnings during the pandemic have been investor nightmares