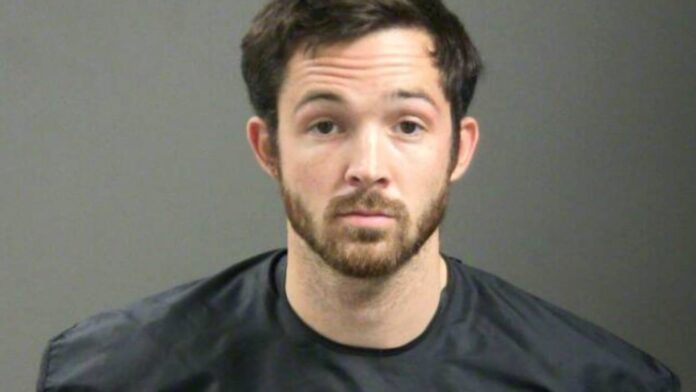 Tyson, 32, was charged with public intoxication and trespassing and booked in Washington County jail. Tyson Foods is headquartered in Springdale, Arkansas.

A woman who did not know Tyson allegedly found him asleep in her bed around 2 a.m., according to local television station KNWA/Fox24, which cited a police report. Tyson’s breath smelled of alcohol, and he was unable to verbally respond to police, the station reported. The woman told police that she believed the front door was unlocked.

Tyson did not immediately respond to a request for comment. A representative for Tyson Foods said in a statement to CNBC that the company is aware of the incident but will not be commenting further, calling it a “personal matter.”

Tyson was named chief financial officer for the company in late September, when his predecessor Stewart Glendinning was tapped to lead the company’s prepared foods division. He joined the company in 2019 after working in investment banking, private equity and venture capital.

Tyson is the son of the company’s chairman, John H. Tyson, and the great-grandson of founder John W. Tyson. The company is scheduled to report its fiscal fourth-quarter earnings Nov. 14.

Tyson is the second prominent C-suite food executive to be arrested in Washington County over the last two months. Beyond Meat Chief Operating Officer Doug Ramsey — a former Tyson executive himself — was arrested in September for allegedly biting a man’s nose. Beyond Meat suspended and then fired Ramsey.

Ramsey’s alleged assault occurred in a parking garage altercation near Donald W. Reynolds Razorback Stadium in Fayetteville after a University of Arkansas football game. The college celebrated homecoming this weekend but lost the football game on Saturday.

Tyson, who is a lecturer at the university’s business school, was arrested about a mile away from the stadium.