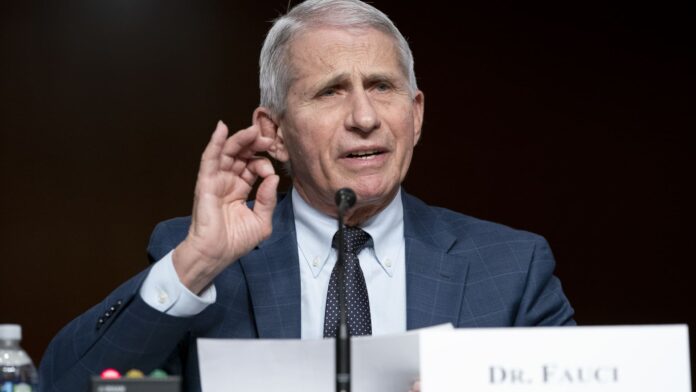 White House chief medical advisor Dr. Anthony Fauci on Thursday said the U.S. is at a crossroads in the Covid-19 pandemic as new omicron subvariants are gaining ground across the country.

Fauci, in a radio interview Thursday, said the pandemic has clearly eased since last winter, but deaths, which average more than 2,600 per week, remain far too high. At the same time, the new omicron variants are knocking out key tools used to protect the most vulnerable.

“We’re really at a point that may be a crossroads here. As we’re entering into the cooler months, we are starting to see the emergence of sublineage variants of omicron,” Fauci said on the “Conversations on Health Care” radio show.

Natural infection from the BA.5 subvariant or vaccination with the new boosters should provide protection against these subvariants for healthy people, Fauci said. But U.S. health officials are concerned the subvariants will basically knock out antibody treatments such as Evusheld that play a key role in protecting people with severely compromised immune systems, he said.

The omicron subvariants BQ.1 and BQ.1.1 are of greatest concern. They are resistant to Evusheld and are increasing in the U.S. every week. BQ.1 and BQ.1.1 represent 27% of infections combined while omicron BA.5 has declined to 50%, according to the Centers for Disease Control and Prevention.

Fauci said the U.S. needs to dramatically reduce the number of Covid deaths, which currently stand at about 400 per day, before the country can declare the pandemic over.

“We’re still in the middle of this — it is not over,” Fauci said. “Four hundred deaths per day is not an acceptable level. We want to get it much lower than that.”

Fauci said hospitals could face a “negative trifecta” this winter from emerging Covid variants as well as resurgent flu and respiratory syncytial virus. The U.S. should expect a more severe flu season based on what scientists observed in Australia, he said. And there’s already a significant uptick in RSV cases in the U.S., he added.

“It’s going to be very confounding and might even stress the hospital system, particularly for the pediatric population,” Fauci said.

Though RSV resembles a mild cold for most people, the virus can be dangerous for infants and newborns. Between 58,000 and 80,000 kids younger than 5 are hospitalized with it every year, according to CDC.

The severity of the flu varies season to season depending on the efficacy of the vaccine and the strain circulating. The most severe season of the past decade was in 2017 when the virus killed 52,000 people and hospitalized more than 700,000, according to CDC. In the mildest season pre-pandemic, the flu killed 23,000 people and hospitalized 280,000.

There is no vaccine for RSV yet, though Pfizer has a candidate that was 81% effective at preventing severe disease in newborn infants. New boosters for omicron as well flu shots are widely available.

Fauci said everyone who is eligible should get their Covid boosters and flu shot. People who face a high risk from respiratory viruses should consider wearing a mask indoors in public, Fauci said. Those who have people in their homes who are vulnerable should do the same, he said.

“That is a very good way of making sure you don’t spread infections, so utilization of tests, wearing masks where appropriate and getting vaccinated,” he said.

Here’s how to know if we’re in a recession, and it’s not what you think