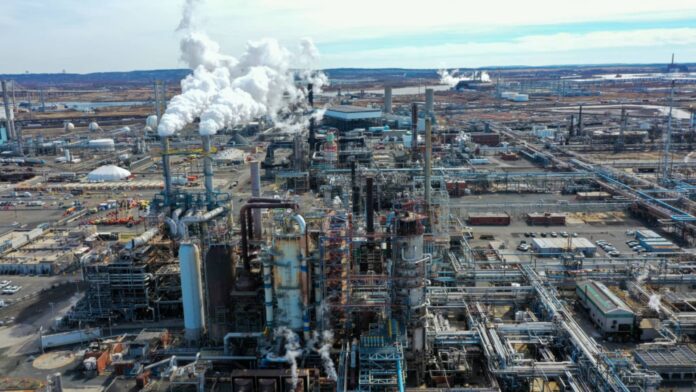 The U.S. and China, the world’s two greatest greenhouse gas emitters, have each caused global economic losses of more than $1.8 trillion from 1990 to 2014, according to a new Dartmouth College study that connects emissions from individual countries to the economic damage of climate change in others.

The report, published in the journal Climatic Change on Tuesday, found that a few top emitter countries are responsible for prompting major economic losses for poorer countries that are more vulnerable to global warming.

Just five of the world’s top emitters of greenhouse gases caused $6 trillion in global economic losses through warming from 1990 to 2014, according to the report. Russia, India and Brazil individually caused economic losses surpassing $500 billion each during the same period.

“This research provides an answer to the question of whether there is a scientific basis for climate liability claims — the answer is yes,” Christopher Callahan, a PhD candidate at Dartmouth and a study author, said in a statement. “We have quantified each nation’s culpability for historical temperature-driven income changes in every other country.”

Climate-related lawsuits have historically targeted the actions of oil and gas companies rather than the liability of an individual country. However, more countries in the past few years have called on wealthier nations to pay for the “loss and damage” from climate-changing emissions. The U.S. has pushed back against the possibility that countries with high levels of emissions should compensate more vulnerable countries for such damage.

The report calculated the damage done by a single country’s emissions to another individual country’s economy among a sample of 143 countries for which data are available.

Countries that experience economic losses from U.S. emissions have warmer temperatures and are poorer than the global average, according to the study. They are generally located in the global South or tropics.

For instance, the U.S. from 1990 to 2014 cost Mexico a total of $79.5 billion of economic losses with respect to emissions generated from U.S. territory, according to the study. The U.S. also cost the Philippines $34 billion in economic losses.

Meanwhile, emissions produced by the U.S. had a positive impact on countries like Canada and Russia, contributing to gains of $247 billion and 341 billion, respectively, according to the analysis.

The study said countries that have benefited from U.S. emissions have cooler temperatures and are wealthier than the global average. These countries are typically located in the North or middle latitudes. Warmer temperatures, in some cases, can help increase output by boosting crop yields.

The distribution of climate impacts is also unequal, as the top ten emitting countries have caused more than two-thirds of global losses.

“This research provides legally valuable estimates of the financial damages individual nations have suffered due to other countries’ climate-changing activities,” Justin Mankin, an assistant professor of geography and senior researcher of the study, said in a statement.

“The responsibility for the warming rests primarily with a handful of major emitters, and this warming has resulted in the enrichment of a few wealthy countries at the expense of the poorest people in the world,” Mankin said.