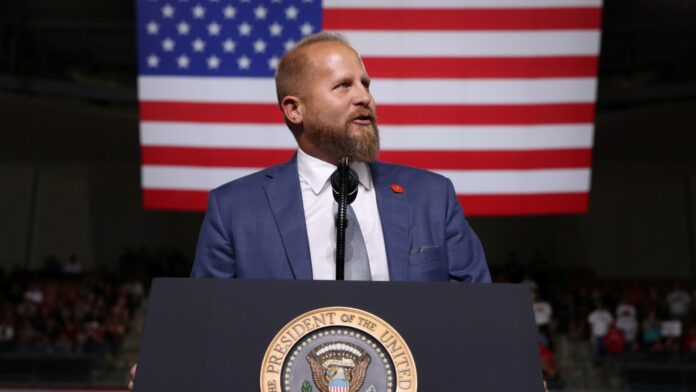 Ex-Trump campaign manager Brad Parscale blamed then-President Donald Trump‘s rhetoric for the death of a woman involved in the Jan. 6 Capitol riot, according to evidence shared Tuesday by the House select committee investigating the insurrection.

In text messages sent on the evening of Jan. 6, long-time Trump supporter Parscale said that the riot was “about trump pushing for uncertainty in our country.”

Screenshots of the texts were displayed during the select committee’s latest public hearing Tuesday afternoon, which focused largely on the involvement of domestic violent extremist groups in the Jan. 6 insurrection.

“This week I feel guilty for helping him win,” Parscale wrote.

Pierson replied: “You did what you felt was right at the time and therefore it was right.”

Parscale responded, “Yeah. But a woman is dead,” adding with apparent shock, “Yeah. If I was trump and knew my rhetoric killed someone.”

Pierson told him, “It wasn’t the rhetoric.”

But Parscale shot back: “Katrina. Yes it was.”

Neither Parscale nor Pierson immediately responded to CNBC’s requests for comment on the texts.

Parscale appeared to be referring to Ashli Babbitt, the pro-Trump rioter who was shot and killed by a U.S. Capitol police officer on Jan. 6 as she attempted to crawl through a doorway leading toward the House chamber. Lt. Michael Byrd, the officer who shot Babbitt, was cleared of wrongdoing.

Parscale worked on Trump’s 2016 campaign and his 2020 reelection effort. He was demoted in the summer of 2020 as Trump’s poll numbers lagged behind Biden, and stepped back from the campaign effort in October of that year after he was hospitalized.