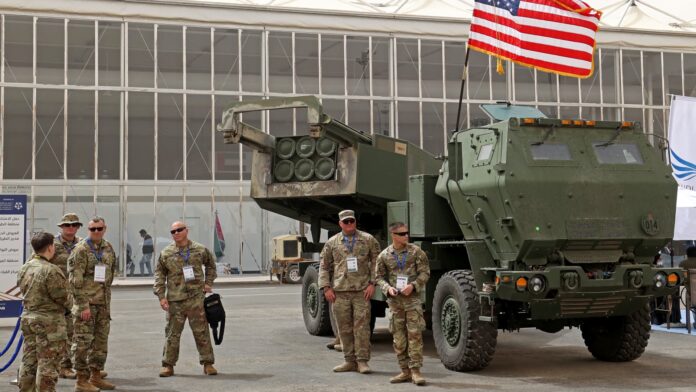 WASHINGTON — The Biden administration is set to send its 15th security assistance package to Ukraine, bringing the tally of U.S. military and humanitarian aid to more than $7 billion since Russia invaded Ukraine in late February.

A senior U.S. Defense official, who spoke on condition of anonymity in order to share details of the additional security assistance, said the $400 million weapons package was coordinated with Ukrainian officials and is tailored to the wider Russian assault in eastern Ukraine.

The official said the latest security package will include four additional HIMARS, which brings the total number of HIMARS transfers to Ukraine from U.S. arsenals to 12.

The HIMARS, manufactured by defense giant Lockheed Martin, are designed to shoot a variety of missiles from a mobile 5-ton truck. The official said that U.S. troops will keep training Ukrainian forces on how to use the platform at a location outside the country.

“We will continue to train them because we see this as a sustained battle,” the official said, adding that HIMARS training takes approximately a week to complete.

The official declined to elaborate when pressed by reporters on how many Ukrainian troops have so far completed training on the HIMARS platform.

Read more: Here’s a look at the firepower the U.S. has committed to Ukraine in its fight against Russia

The person added that the latest security assistance will be a mixture of systems already deployed to the fight as well as new capabilities.

Used car prices are down 3.3% from a year ago, per inflation data

How activist Politan Capital may find an opportunity to trim costs, build value at Masimo

Bet on these small banks ahead of any recession, Piper Sandler says