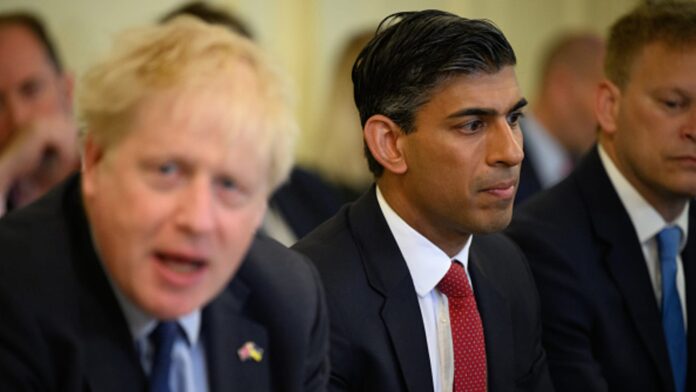 Health Secretary Sajid Javid also handed in his resignation in what appears to be a protest against Prime Minister Boris Johnson’s leadership.

The British pound hit a fresh March 2020 low after the announcement from Sunak. The currency was down 1.5% for the session, hitting 1.1923 against the dollar.

“The public rightly expect government to be conducted properly, competently and seriously,” Sunak wrote in a tweet Tuesday evening.

“I recognise this may be my last ministerial job, but I believe these standards are worth fighting for and that is why I am resigning.”

It comes after a string of scandals that have plagued Johnson’s leadership over the last few months.

The prime minister narrowly survived a vote of confidence — triggered by his own lawmakers — last month. But dissatisfaction with his leadership, both within his own Conservative party and beyond, has continued.

5 things to know before the stock market opens Friday, October 7