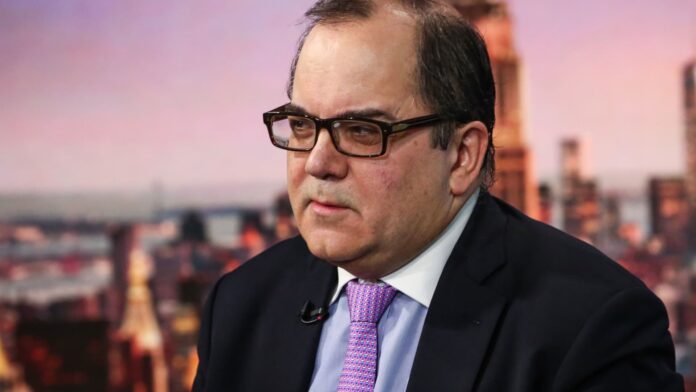 The latest rally on Wall Street looks to have some staying power as investors dial back some of their negative outlook for the U.S. economy, according to a top strategist at Oppenheimer. John Stoltzfus said Friday on CNBC’s ” Squawk on the Street ” that investors appear to be growing more confident in recent weeks. He dated the latest move up in stocks back to Oct. 12. The S & P 500 has gained about 12% since that day. “You’ve got some value, you’ve got some growthier value, as well as defensives and cyclicals. It looks like investors are coming back into this thing. So we think it likely holds,” the chief investment strategist said. The run up for stocks has come as the Federal Reserve has signaled it will slow rate hikes soon and inflation readings have started to improve. The rally is showing that fears of a recession may be easing, Stoltzfus said. “We think the equity market has fairly well priced in a recession earlier on, then it’s deciding that there may not be a recession. And the bond market looks like it’s sort of caught in between,” Stoltzfus said. The strategist added that it is “very possible” stocks are moving back into a bull cycle after falling into a bear market earlier this year. He pointed to consumer discretionary and technology as areas that could rebound after a tough 2022. Oppenheimer has an S & P 500 year-end target of 4,000. The index has already reclaimed that level, and Stoltzfus said Friday that it will likely finish 2022 above the target.

Coinbase lays off 18% as execs prepare for recession, ‘crypto winter’

These companies are cheap, have strong balance sheets, and analysts love them