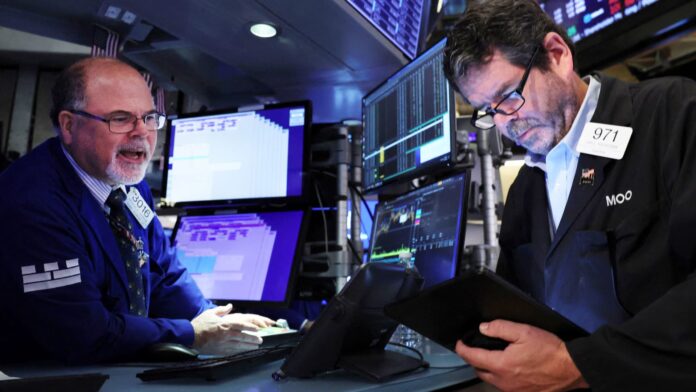 Sock and underwear maker Hanesbrands could fall more than 30% as it faces several major business challenges, Wells Fargo said in a double downgrade of the stock. Analyst Ike Boruchow lowered his rating of Hanesbrands to underweight from overweight, slashing his price target to $5, saying the North Carolina company must deal with increasing macroeconomic and balance sheet issues next year. “We are downgrading HBI to UW (from OW) as we now see: 1) greater risk to numbers (our 2023 EPS now falls ~30% below Street) and 2) potential headwinds via the company’s debt/leverage position (floating rate debt, $1.4B of debt due June 2024, potential to trip debt covenant in early 2023). These challenges are likely to push shares lower over the medium term, as numbers likely continue to come down,” Boruchow wrote in a Monday note. Hanesbrands shares, which are already down by more than 50% this year, could now face still more pressure as it deals with higher cotton and logistics costs, as well as lower demand in the spring season. The analyst pointed to recent data from apparel companies V.F. Corporation, which owns brands such as Dickies, and Carter’s, that showed greater inflation pressure on the lower-end consumer, implying trouble ahead for Hanesbrands. Hanesbrands is also at risk of breaching its leverage ratio debt covenants, Wells Fargo said. “If HBI were to breach their 4.5x leverage ratio threshold, this could force the company into higher interest rate financing facilities or to reconsider their current dividend payout … Notably, if fundamentals deteriorate further, it is possible HBI would near the 4.5x threshold in early 2023.” As a result, Hanesbrands may have to refinance its debt next year as it deals with rising interest rates, according to the note. That puts the company’s dividend, currently yielding an above average 8.2%, in jeopardy, Wells Fargo said. “While we have commended the new team at HBI for their strategies to turn the business around, the potential problems we see ahead are largely out of their control—and we expect the market to react cynically until we receive more clarity on fundamentals,” the Boruchow note said. The analyst expects more than 30% downside from here after slashing his price target from $13. Shares closed Friday at $7.20. The stock is down 4.4% premarket Monday. —CNBC’s Michael Bloom contributed to this report.

Morgan Stanley names Apple a top stock pick in the event of a U.S. economic downturn