What 5 key personal finance issues mean for you 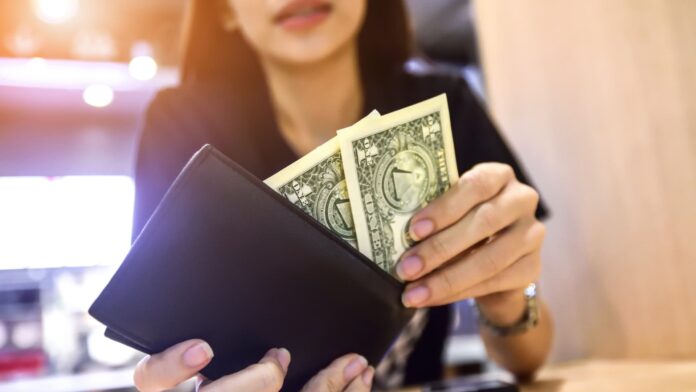 As Americans head to the polls, several key personal finance issues are weighing on voters’ minds and wallets.

Meanwhile, recession fears are growing, with 84% of Americans worrying how a prolonged economic downturn may affect their finances, according to a MassMutual report released Thursday.

More from Personal Finance:
What the Fed’s 0.75 percentage point interest rate hike means for you
Democrats warn that Social Security, Medicare are at stake
What ‘millionaire tax’ plans on the ballot in California and Massachusetts mean for top earners

“The overall economy has been so important, and I think it really is influencing the elections,” said attorney Marc Gerson, member chair of the tax department at law firm Miller & Chevalier in Washington D.C.

Some issues appear on state ballots, but federal policy depends on which party controls Congress. While Republicans are favored to win the House, the Senate hinges on a handful of competitive races.

Here are five of the most pressing issues this election season — and how Tuesday’s results may affect your wallet.

As Election Day approaches, Democrats are telling voters that Social Security and Medicare may be at risk if Republicans take control of Congress.

“They’re coming after your Social Security and Medicare in a big way,” President Joe Biden said in a speech Tuesday in Hallandale Beach, Florida.

The Inflation Reduction Act enacted Medicare reforms to reduce prescription costs for retirees. However, Republicans could try to halt these changes, Biden said.

He also pointed to possible risks to Social Security, based on plans from certain Republicans, including Sens. Rick Scott of Florida and Ron Johnson of Wisconsin. But both lawmakers have denied intentions to hurt the program.

Scott has called for reauthorizing Social Security and Medicare every five years in Congress, while Johnson suggests revisiting the programs annually.

Ahead of the midterms, some Republicans are calling to extend key parts of President Donald Trump‘s signature 2017 tax overhaul.

These lawmakers are targeting certain provisions set to expire after 2025, including individual tax breaks, a 20% tax deduction for so-called “pass-through businesses,” where company earnings flow to individual tax returns, and more.

“They would like those provisions, ideally, to be made permanent, but at a minimum, to be extended — and to be extended sooner rather than later to give taxpayers certainty,” said Gerson at Miller & Chevalier.

Even if Republicans take control of both chambers, they won’t have the necessary 60 votes in the Senate to bypass the filibuster and Biden wouldn’t sign these measures into law, he said.

However, Republicans will still try to pass these “political messaging bills,” Gerson said. “It’s really setting a major portion of the platform for the 2024 elections.”

3. Minimum wage hikes on the horizon

Voters will decide this month whether to make certain raises to the minimum wage in Nebraska, Nevada and Washington, D.C.

Nevada’s current hourly minimum wage, meanwhile, would rise to $12 for all workers by 2024. The current minimum wage is $9.50 an hour or $10.50 an hour, depending on if a worker is offered health insurance.

The ballot measure in D.C., if it gets enough votes, would phase out the tipped wage, which allows businesses to pay their workers less than the minimum wage of $16.10 if their tips make up the difference.

Ben Zipperer, an economist at the Economic Policy Institute, said he wouldn’t be surprised if Nov. 8 is a win for low-wage workers.

“Minimum wage increases are tremendously popular, and I’m not aware of a ballot proposal being voted on that has failed in the last two decades,” Zipperer said.

4. A possible big win for unions

Coming out of the pandemic, union support is at a record high. More than 70% of Americans approve of labor unions, a Gallup poll recently found.

The outcome of a ballot measure during the midterm election could accelerate that growth: Voters in Illinois will decide whether or not to provide workers with the fundamental right to organize and bargain collectively.

If the provision becomes law, “it will demonstrate strong popular support for labor rights in a big, important state,” said Daniel Galvin, an associate professor at Northwestern University whose research areas include workers’ rights and labor politics. “It would also signal to the rest of the country that the right to bargain collectively ought to be seen as a fundamental right worthy of constitutional protection.”

5. ‘Millionaire tax’ in California and Massachusetts

Amid the nationwide flurry of tax cuts, California and Massachusetts are voting on whether to enact a “millionaire tax” on top earners on Tuesday.

In California, Proposition 30 would add a 1.75% levy on annual income of more than $2 million, in addition to the state’s top income tax rate of 13.3%, beginning Jan. 1. The plan aims to fund zero-emissions vehicle programs and wildfire response and prevention.

The Fair Share Amendment in Massachusetts would create a 4% levy on yearly income above $1 million, on top of the state’s 5% flat income tax, also starting in 2023, with plans to pay for public education, roads, bridges and public transportation.

However, Jared Walczak, vice president of state projects at the Tax Foundation, said he does not believe the proposed millionaire taxes are part of a broader trend at the state level.

Since 2021, some 21 states have slashed individual income taxes, and only one state, New York, and the District of Columbia have raised levies.

This lithium stock could one day be worth $80 billion, Loop says