HomeTechnologyWhat Elon Musk really gets out of owning Twitter
Technology

What Elon Musk really gets out of owning Twitter 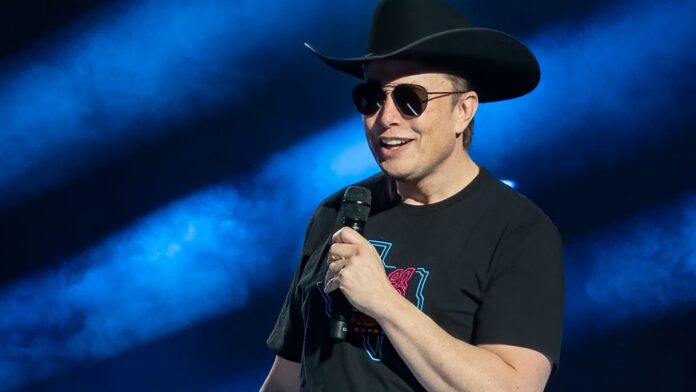 The company’s never made sustained profits. Its audience is much smaller than Facebook or Instagram (both owned by Meta), YouTube (which is part of Google) or TikTok (owned by China’s ByteDance). It’s not even as big as Snapchat in terms of daily users.

Elon Musk knows this. He’s a canny businessperson who can read an earnings report.

So any chatter about Musk’s plans to revamp Twitter and turn it into a better business misses the mark. It doesn’t really matter if the math adds up for his new plan to charge $8 a month for verification or Twitter Blue or whatever it ends up being called.

Whether he cuts 25% or 50% or 75% of the staff and how much money he saves from doing so isn’t that important. Creating some super-app that imitates China’s WeChat in combining commerce and content — which, by the way, would pose interesting challenges on a service that allows anonymity and fake names — isn’t really the point, either.

Yes, running the business efficiently and improving cashflow will matter for the platform’s continued existence, especially now that Twitter has a $13 billion debt load to service. But like Mark Zuckerberg said in 2012 about Facebook, making money is a means to an end, not the end in itself. Musk’s net worth exceeds $200 billion. He’s going to be fine.

Musk frequently boasts that Tesla doesn’t spend on traditional advertising. Twitter, which he uses to communicate directly to his more than 100 million followers, is a big reason why.

He’s used it to introduce and promote countless new Tesla products and features (many of which have not been delivered after years of talk). He’s sold flamethrowers, tequila and perfume. He’s engaged with and criticized the press and regulators. He’s even influenced the prices of cryptocurrencies.

Musk also got in hot water with the SEC for tweeting in 2018 that he had “funding secured” to take the car company private at $420 a share. The regulator charged Musk with fraud, and the two sides eventually settled, with the Tesla CEO required to have some future tweets first reviewed by a “Twitter sitter.”

As the owner of Twitter, Musk now controls a platform that has mounds of data about the connections among its users, their interactions, their interests and so on. Just imagine the information available about Tesla’s automotive competitors — how much they’re spending on advertising, which keywords and demographics they’re targeting, how they engage with customers and fans, how they receive and resolve customer service complaints and more.

Most important, by owning Twitter, Musk expands his reach far beyond his own fanbase. He’ll be able to set principles that influence the entire flow of information through the platform.

Musk has hinted at this in his statements about Twitter as a bastion of free speech.

In April, when he first disclosed his investment in the company, Musk wrote to then-Chairman Bret Taylor, “I invested in Twitter as I believe in its potential to be the platform for free speech around the globe, and I believe free speech is a societal imperative for a functioning democracy.”

More recently, when pledging to advertisers that Twitter would not become a “free-for-all hellscape,” Musk explained, “The reason I acquired Twitter is because it is important to the future of civilization to have a common digital town square, where a wide range of beliefs can be debated in a healthy manner, without resorting to violence.”

Of course, Musk subsequently tried to terminate his purchase agreement before eventually relenting and avoiding a high-profile court battle.

But so far, Musk seems to equate “free speech” on Twitter with “looser moderation.”

He has echoed complaints from the right wing that Twitter suppresses their ideas and posts, saying repeatedly that Twitter should be politically neutral and “upset the left and right equally.” He’s said he would reverse the permanent ban on former President Donald Trump, whom Twitter kicked off after Jan. 6, citing a risk of further incitement to violence, although Musk more recently said nobody’s getting reinstated for at least a few more weeks.

During his first weekend owning the service, Musk responded to Hillary Clinton by tweeting an unfounded, anti-LGBTQ conspiracy theory about the attack on House Speaker Nancy Pelosi’s husband. He then deleted it.

Also over the weekend, Twitter reportedly restored the suspended account of Arizona Republican secretary of state candidate Mark Finchem, whom as a state legislator reportedly took steps to overturn the state’s vote for President Joe Biden in the 2020 election and who traveled to Washington D.C. for the Jan. 6 “Stop the Steal” rally. Finchem says he wasn’t part of the mob that stormed the capitol.

In the long run, looser moderation on Twitter blurs the lines between true and false. It becomes just another place where people can air competing views of objective reality and whip up mobs of agitators to promote or denigrate whatever facts or stories they don’t like. Everything becomes an equally weighted message, with the user left to decide what’s true. Marketing, journalism and propaganda would become indistinguishable.

In that world, the loudest messages with the most weight behind them are the ones that get heard. For a man running several major businesses and with strong opinions about regulation, legislation, unionization, and other matters, that’s a pretty attractive prospect even if Twitter, the business, never makes him a dime.

The next Silicon Valley? Tech Nation to close after UK pulls funding

Why the ESG vs. GOP war over climate change is going nowhere