What travelers need to know as airlines deal with lost, delayed bags 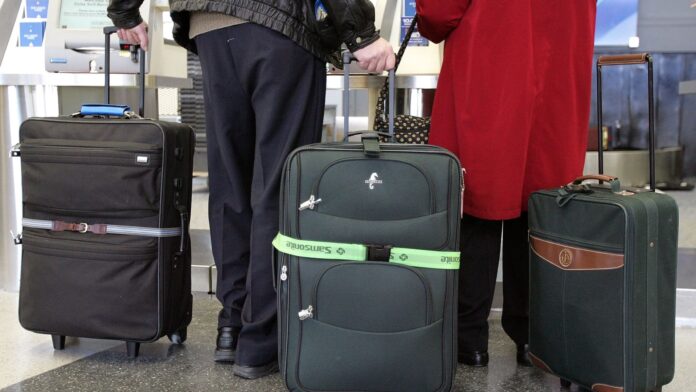 Air travel has been rocky this summer — and baggage problems factor among many other issues for travelers like flight cancellations and delays.

Nearly 220,000 bags were “mishandled” by U.S. airlines in April 2022, meaning they were lost, damaged, delayed or stolen, according to most recent data published by the U.S. Department of Transportation.

The number of mishandled bags in April was more than double the roughly 94,000 cases of mishandled luggage in April 2021, though slightly less than the tally in March 2022 and the level in April 2019, before the Covid-19 pandemic, according to department data.

More from Personal Finance:
The euro hit parity with the U.S. dollar for first time since 2002
These 10 U.S. real estate markets are cooling the fastest
How inflation hurts and helps consumers

What do those numbers look like for travelers? Consider this: Last week, Delta Air Lines flew a plane filled with 1,000 pieces of stranded luggage — and zero passengers — from London’s Heathrow Airport to Detroit to expedite movement of delayed bags.

Why airlines are struggling to manage baggage

Airlines have contended with a shortage of baggage handlers, pilots and other staff as travel demand has ramped up, after having pared back at the onset of the pandemic. More than 2.4 million Americans passed through airport security on Sunday, an increase of 10% from a year ago and more than triple the same day in 2020, according to the Transportation Security Administration.

While a lost bag or a delay in accessing your belongings can sour an otherwise amazing trip, there’s a silver lining: Travelers can, in many circumstances, get financial compensation from airlines when their bags go missing. There are also steps to take before flying to make the process easier.

“Passengers do have recourse,” said Sara Rathner, a travel expert at NerdWallet.

Here’s what to know if your checked luggage goes M.I.A. or comes back with a few dents.

Per U.S. regulations, airlines must compensate passengers for lost, delayed or damaged luggage, up to a limit.

“The financial compensation is helpful, because that’s not money you’d have spent ordinarily,” Rathner said.

Policies can vary from carrier to carrier. For example, airlines have different time standards for when a bag is deemed “lost”; most declare a bag lost after five to 14 days, according to the Transportation Department. Airlines may ask for receipts or other proof for items in your bag.

Make the lost luggage desk your ‘first port of call’

If the baggage carrousel is empty and you haven’t reunited with your bag, talk to an airline employee before leaving the airport to file a baggage claim, according to travel experts.

“For lost luggage, the first port of call has to be the airport’s lost luggage desk to report the matter,” said Aiden Freeborn, senior editor at travel site The Broke Backpacker.

Airlines are responsible for locating a checked bag that doesn’t arrive where and when it should.

“In some cases, they may be able to locate where the item is and arrange for it to be forwarded,” Freeborn said. “Unfortunately, this may mean waiting a few days, and having to return to the airport to collect it.”

Airlines vary in terms of accepting liability and in turnaround times for claims, he added.

The same advice applies to a delayed bag, a damaged bag or bag contents — file a report before leaving the airport. Relative to a damaged bag, the airline may be able to argue damage occurred after leaving the premises, experts said.

After departing the airport, travelers should also file a complaint with the Transportation Department, according to Charlie Leocha, chairman of Travelers United, an advocacy group. The agency will forward your complaint to the airline, thereby helping put yours toward the top of the queue, he said.

How to pack to reduce your odds of a baggage mishap

There are things travelers can do before flying to reduce their chances or losing a bag — or decreasing any headaches that may result if they do, according to experts.

Perhaps the most obvious — yet impactful — tip is to avoid checking a bag when possible.

“Right now, if you could always travel with a carry-on; that’s my No. 1 rule for you,” Leocha said.

Of course, that’s not always possible. If you need to check a bag, consider booking a nonstop flight instead of a multi-leg trip (again, if possible) to eliminate any baggage errors that may accompany switching planes. If a layover is necessary, opt for a longer one to ensure there’s enough time for your bags to transfer.

Don’t put anything valuable, like jewelry or camera equipment, in a checked bag: Those are unlikely to be covered if lost. It’s also better to keep trip necessities like certain clothing or medical prescriptions in your carry-on, if those being delayed or lost would affect your health or make it impossible to enjoy your trip.

“Travelers would be wise not to put all their eggs in one basket — instead it is worth spreading items out across bags,” Freeborn said in an e-mail. “Personally I always take a few days’ worth of clothes and underwear in my cabin bag just in case my luggage is lost.”

Experts also recommend taking photographs of what you pack (an easy task with cell-phone cameras) and writing down the value of anything for which you paid in cash during a trip. These steps will help in the event you need to file a baggage claim and list your personal belongings and their cost to the airline, Leocha said.

Additionally, some travel insurance policies may cover costs associated with lost, stolen, damaged or delayed luggage, experts said. Buying an insurance policy may not be necessary though; travel-oriented credit cards used to fund a trip may already carry certain protections related to luggage.

Travelers can also consider shipping certain must-have items to a destination ahead of time — though it will almost certainly cost more money and airlines won’t pay for it, Leocha said.