Why another stablecoin losing its peg isn’t ‘Terra 2.0’ 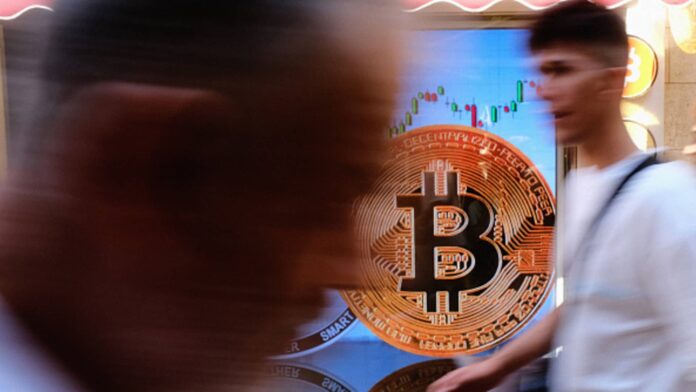 Cryptocurrencies have been under immense pressure after the collapse of a so-called stablecoin called terraUSD.

A controversial stablecoin launched just before the collapse of a similar token called terraUSD is struggling to maintain its peg to the U.S. dollar.

USDD, a so-called “algorithmic” stablecoin that’s meant to always be worth $1, plunged to as low as 93 cents on Sunday. The coin’s creator has amassed a reserve of bitcoin and other digital tokens worth close to $2 billion to provide a buffer in case investors flee en masse.

The situation has led to fears that USDD may suffer the same fate as terraUSD, or UST, the wrecked so-called stablecoin that formed part of an experiment called Terra. UST’s meltdown triggered a wider sell-off in cryptocurrencies, which has been exacerbated in recent weeks by a growing liquidity crisis in the market.

The Tron DAO Reserve, which oversees and manages the stablecoin, said a certain degree of volatility in USDD’s price was to be expected given its “decentralized” nature.

“Certain % of volatility is unavoidable,” the organization tweeted last week. “Currently, the market volatility rate is within +- 3%, an acceptable range. We will watch the market very closely and act accordingly.”

USDD was trading at around 97 cents on Wednesday.

Despite concerns over a repeat of the Terra saga, experts say this is unlikely to be the case, since USDD is much smaller in size and has seen little uptake from crypto investors.

USDD was launched in early May, days before UST began tumbling below $1. For the past week, it has consistently traded below its intended dollar peg amid increased selling.

Instead of sitting on piles of cash and other cash-like assets, USDD runs a complex algorithm — combined with a related token called tron — to maintain a one-to-one peg to the greenback.

If that sounds familiar, it’s because Terra’s UST operated in much the same way, creating and destroying units of UST and a sister coin called luna to get around the need to have reserves to back the stablecoin.

Another similarity USDD shares with UST is that it has accumulated a sizable cache of other digital tokens to help boost its price in case investors withdraw in droves. Terra bought billions of dollars worth of crypto in an effort to keep its stablecoin afloat, a move that ultimately proved futile.

USDD’s use of crypto as reserves expose it to “similar risks as UST,” said Monsur Hussain, senior director of financial institutions at Fitch Ratings.

“Cryptos are generally price-correlated during times of upheaval,” he added.

USDD also offers investors unusually high interest rates — up to 39% — on their USDD deposits. Anchor, a crypto lending platform, similarly touted yields of as much as 20% on UST holdings, a rate many investors now say was unsustainable.

The coin was created by Justin Sun, the outspoken crypto entrepreneur behind Tron, a blockchain that’s trying to compete with Ethereum. Like Do Kwon, the founder of Terra, Sun has often used Twitter to promote his projects — and challenge critics.

The Chinese-born businessman has been involved in numerous controversies and publicity stunts in the past. In 2019, he paid $4.6 million to have lunch with Berkshire Hathaway CEO Warren Buffett, only to then cancel abruptly. The lunch eventually took place in 2020.

Upon closer inspection, though, it’s clear there are some notable differences between USDD and UST.

For one, USDD is nowhere near the scale of Terra, whose UST and luna tokens reached a combined value of $60 billion at their height. It would therefore be unlikely to have the same effect if it collapsed, according to analysts.

“USDD doesn’t have the weight to cause the same wake of destruction UST did,” said Dustin Teander, a research analyst at crypto data firm Messari.

He added the use of USDD isn’t anywhere near as widespread as UST was before its demise.

Were USDD to collapse, “it would not result in the same degree of contagion, or fear, as when UST/LUNA crashed,” Hussain said.

And unlike UST, which was only partially collateralized by crypto, USDD aims to be overcollateralized, meaning its assets always exceed the number of tokens in circulation.

The Tron DAO Reserve says its reserve contains more than $1.9 billion in bitcoin and other tokens, including the stablecoins USDC and tether. USDD has a supply of roughly $700 million. That reduces the chance of a Terra-style collapse, according to Teander.