HomeUSAYardeni says bond yields point to a stock bottom and no 'hard...
USA 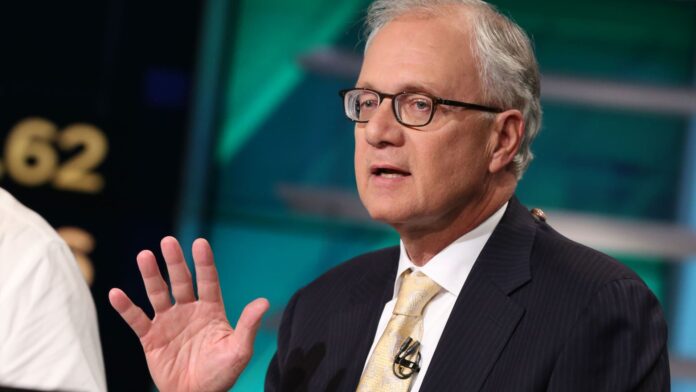 Bond yields are signaling a potential bottom for the stock market and a close escape for an economy that is widely expected to be heading for recession, according to market veteran Ed Yardeni. The head of Yardeni Research told CNBC on Tuesday that the yield curve, or difference between rates across various maturities, is sending what has been a traditional recession signal. The curve has inverted across multiple points, indicating that investors anticipate growth will slow over the longer term. But Yardeni noted that some of the typical fallout from an inverted curve has not been present. “We are not seeing an economy-wide credit crunch, nor are we see seeing a recession being caused by an economy-wide credit crunch,” he said during a ” Squawk on the Street ” interview. “What the yield curve may be anticipating is that we are going to get a surprisingly sharp drop in the inflation rate.” The benchmark 10-year Treasury yield peaked a little over a month ago near 4.3% and has since drifted back, trading around 3.72% Tuesday morning. Other maturities have followed the same pattern. The 10-year and 2-year spread has been inverted since early July. That relationship has been a reliable recession predictor going back at least to the early 1980s. But even with an accelerating inversion, Yardeni said he sees some positive signs. “The yield curve is predicting that we’ve already possibly seen a peak in rates,” he said. “[T]hat’s a good argument for making the case that we’ve seen a bottom in the stock market.” Markets are primarily worried that the Federal Reserve’s intent to continue raising interest rates to combat inflation will send the economy into recession. But Yardeni said a potential deflation in durable goods prices next year could help lessen the inflation impact and cause the Fed to slow or stop. “As long as we’re making good progress in bringing inflation down next year going into 2024, I think the Fed will conclude all they have to do is keep interest rates at current levels or slightly higher levels, and that will be restrictive enough to bring inflation down,” he said. “I don’t think we’re going to have a hard landing recession with unemployment going to 6%.” Markets will hear from Fed Chairman Jerome Powell on Wednesday when the central bank leader is scheduled to deliver a speech at the Brookings Institution in Washington, D.C., at 1:30 p.m. ET.

What AMD’s warning means for the other chip stocks, according to Bank of America