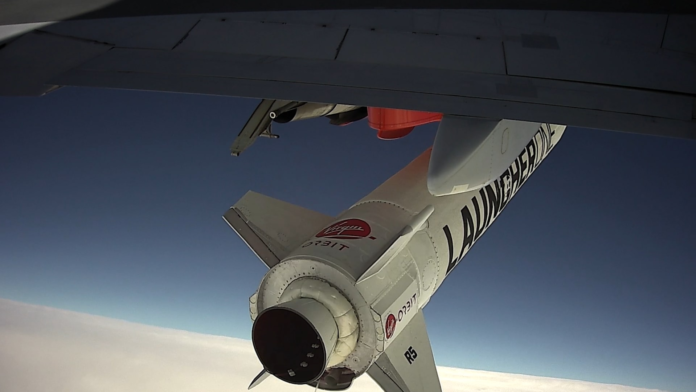 The company disclosed that Richard Branson’s Virgin Group, an existing shareholder, made the additional $25 million investment on Nov. 4. Virgin Orbit emphasized in its report that it will “continue to be opportunistic in the capital markets,” as the company is “focusing on cost and operational efficiency to improve cash flow.”

Virgin Orbit, which uses a modified 747 jet to launch satellites with its rockets, reported an adjusted EBITDA loss of $42.9 million for the third quarter – a 31% larger loss than the same period a year ago.

The company brought in revenue of $30.9 million and had $71.2 million in cash on hand at the end of the third quarter.

Virgin Orbit also lowered its forecast for launches in 2022: It now expects to achieve three launches – including an upcoming launch from the U.K. – down from a forecast of between four and six that the company gave earlier this year. Virgin Orbit said the fourth launch is currently “paced by spacecraft readiness.”

The company’s backlog of binding contracts also fell from the previous quarter, down 12% to $143 million.

Virgin Orbit aims to “more than double” its 2022 launch rate next year, as well as expand its backlog of launches and spaceport agreements, with the company earlier in the third quarter announcing a multi-year launch deal with satellite company Spire.

Latest news from Russia and war in Ukraine

U.S. Chamber of Commerce threatens to sue the FTC over proposed ban on noncompete clauses