5 things to know before the stock market opens Monday, July 25 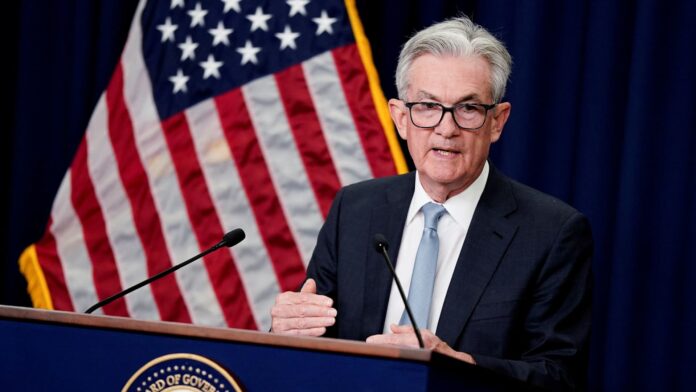 U.S. Federal Reserve Board Chairman Jerome Powell takes questions after the Federal Reserve raised its target interest rate by three-quarters of a percentage point to stem a disruptive surge in inflation, during a news conference following a two-day meeting of the Federal Open Market Committee (FOMC) in Washington, June 15, 2022.

It’ll be the biggest week so far of the current earnings season, with about a third of the S&P 500’s companies due to report. Investors are also watching what the Fed will say during its meeting Tuesday and Wednesday. Markets are expecting another 75-basis-point rate hike from the central bank’s policymakers as inflation remains high, even while some observers think it may well have peaked. Here are some of the key companies set to report quarterly results this week:

U.S. equities markets indicated a positive open Monday. Last week, the S&P 500, the Nasdaq and the Dow all finished in the green despite a rough Friday due in large part to Snap‘s dismal earnings reports. Investors are looking for a bottom after the dire first half for stocks, and earnings season, while it hasn’t been spectacular, has been good enough for investors. So far, about 70% of S&P 500 companies that reported earnings have topped analysts’ expectations, according to FactSet.

3. GM at a crossroads

General Motors is set to report earnings Tuesday, and investors will be looking for indications that the Detroit automaker is making progress in its quest to go all-electric. So far, GM, like its legacy rivals, lags far behind Elon Musk’s Tesla. Yet while Tesla’s market share is expected to continue slimming in the U.S. as competitors ramp up EV production, GM has fallen behind other rivals as well. Crosstown rival Ford expanded its share this year, as has South Korea’s Hyundai, while GM’s declined. CEO Mary Barra is undeterred, though. “No one has as many vehicles as we are going to have by 2025,” she told CNBC’s Michael Wayland earlier this year.

A photo taken on July 15, 2022 shows a wheat field near Mariupol in Donetsk region, amid the ongoing Russian military action in Ukraine.

The world is wary about the state of the wheat market after a Russian attack on the Ukraine port city of Odesa cast doubt on the export deal the two warring countries reached last week. The Kremlin said the attack targeted the Ukrainian military, but the timing of the strikes so soon after the pact raised alarms. Wheat futures prices early Monday morning rose as investors processed the news, but are overall down quite a bit since May. Follow live updates about the Russia-Ukraine war here.

5. Vince McMahon bows out … sort of

In an epic Friday news dump, Vince McMahon, the longtime head of World Wrestling Entertainment, announced he would retire as CEO and chairman of the company he bought from his father about 40 years ago. He had already stepped away from the chief executive role weeks ago, handing the duties to his daughter Stephanie McMahon on an interim basis, as the WWE’s board probed millions of dollars in hush payments he reportedly paid several women over sexual misconduct claims through the years. On Friday, he handed the reins to Stephanie McMahon, who also became chairwoman, and WWE President Nick Khan, who’ll act as co-CEO. But even at age 76, McMahon is still the biggest shareholder in WWE − a point he made in announcing his retirement. Sports media experts see WWE as an acquisition target. Since McMahon is such a central part of the wrestling company’s brand and content, it could signal to potential suitors that his specific flavor of showmanship will be part of any package.