5 things to know before the stock market opens Tuesday, December 13 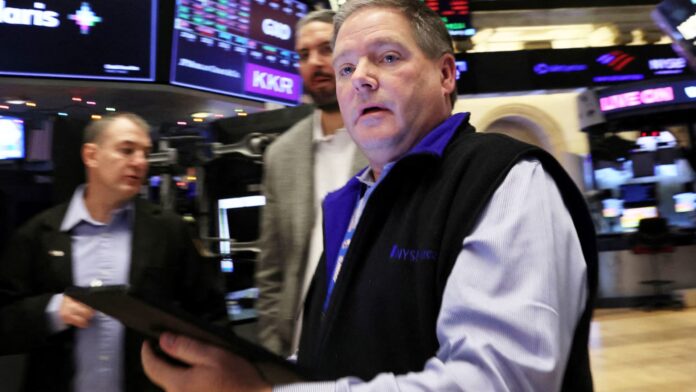 Traders work on the floor of the New York Stock Exchange (NYSE), December 7, 2022.

New inflation numbers are in, and while they’re still high, they’re cooling off.Year over year, November’s consumer price index rose 7.1%, compared with 7.7% in October. Economists polled by Dow Jones had expected the CPI to come in showing a year-over-year growth rate of 7.3%. The report hits just as the Federal Reserve’s policy makers kick off their two-day meeting, during which they’ll decide on their next rate hike, which is widely expected to be half a percentage point. Fed Chairman Jerome Powell on Wednesday will also give an update on the central bank’s outlook for the economy. Investors appear ready for some good news. Stocks surged Monday, with the Dow jumping 528 points. Read live markets updates here.

2. SBF busted in the Bahamas

Sam Bankman-Fried, the one-time billionaire wunderkind white knight of the crypto world, is now in handcuffs. Authorities in the Bahamas busted him Monday after U.S. federal prosecutors filed charges against him, weeks after the company he founded, FTX, collapsed into bankruptcy after once being valued at $32 billion. SBF, as he’s also known, still needs to be extradited to the United States, which is likely, given Bahamian authorities’ cooperation so far. SBF could end up facing decades in prison if convicted on expected fraud and conspiracy charges, legal experts have told CNBC. Given how big and complicated the case is, however, it could be years before there’s an outcome.

3. Bad grades for GM and Stellantis

A General Motors sign is seen during an event on January 25, 2022 in Lansing, Michigan. – General Motors will create 4,000 new jobs and retaining 1,000, and significantly increasing battery cell and electric truck manufacturing capacity.

Legacy automakers are talking big about their plans to go electric and transition away from fossil-fuel-burning engines. General Motors, in particular, has said it expects its EV profits to be comparable with its gas vehicles’ earnings by 2025. For now, though, the Detroit icon’s fleet has one of the worst fuel economy readings in the auto industry, according to the Environmental Protection Agency. Only Stellantis, formerly known as Fiat Chrysler, was worse. Overall, though, fuel economy for vehicles hit an all-time high of 25.4 miles per gallon in 2021, bolstered by electric car maker Tesla and a strong showing by hybrids.

Safra Catz, Oracle’s CEO and then one of Oracle’s two co-CEOs, smiles during Oracle’s OpenWorld conference in San Francisco on, Sept. 20, 2016.

Oracle came in with a solid earnings report Monday. The tech giant beat Wall Street’s expectations on adjust profit per share, while revenue grew 18% year over year to $12.28 billion, higher than estimates of $12.05 billion. Its margins also expanded. Oracle’s cloud businesses provided a big boost, too. Revenue from cloud services and license support rose 14% , while cloud infrastructure revenue surged 53%. It wasn’t all rosy, though. Oracle offered earnings guidance for the current quarter that came in below analysts’ estimates.

A destroyed school in Posad-Pokrovske in the Kherson region of Ukraine on Dec. 11, 2022.

Russia started launching a new round of Iranian drones, according to Ukrainian authorities, an indication that the Kremlin’s air assault would continue unabated. Russian forces have used the drones to target Ukraine’s infrastructure, which has led to power outages and other difficulties as the nation confronts brutally cold weather. Elsewhere, Ukraine’s president, Volodymyr Zelenskyy, called on Russian forces to leave his country in time for Christmas. That isn’t likely, however. Read live war updates here.