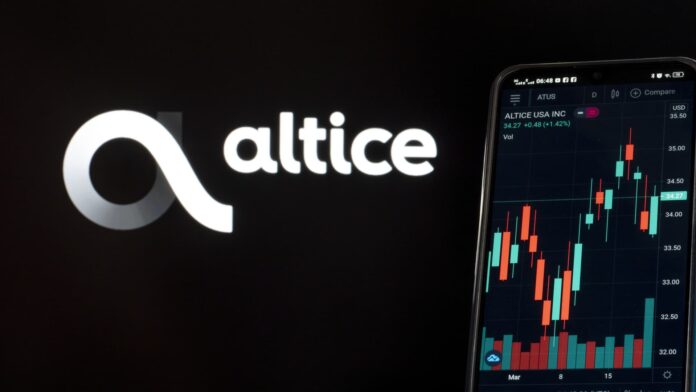 Altice USA‘s shares dropped more than 20% and trading in the stock was briefly halted Thursday, after the company posted a weak earnings report.

The company, which provides broadband, cable-TV, wireless and phone services, saw its shares sink following Wednesday’s earnings report that net income and revenue fell as Altice lost subscribers and continued to spend significantly on the rollout of its fiber network.

Altice’s net income for the third quarter fell to $85 million from about $267 million compared to the same period last year. Earnings per share on a diluted basis fell to 19 cents from 58 cents last year.

The company’s revenue fell 7% to $2.39 billion, due to the decline in residential and business services customers. Adjusted earnings before interest, taxes, depreciation and amortization fell 18% to $954.4 million compared with the prior year.

Cable providers saw big gains in broadband subscribers during the early days of the pandemic, when lockdowns forced many to work and take classes from home. But in recent quarters, subscriber additions have significantly fallen off for the industry as competition from other providers has risen and there’s been a low rate of moving activity.

Altice said it lost 43,000 broadband customers during the quarter, as well as 82,000 cable-TV subscribers.

On top of this, Altice has been spending heftily to deploy a fiber network for its broadband customers. The company said Wednesday it would spend between $1.7 billion and $1.8 billion in capital expenses in the 2022 fiscal year.

“While we are operating in a very competitive environment and are starting to see some macroeconomic pressures across our business, we are confident that we have the right strategy to return to sustainable growth,” outgoing CEO Dexter Goei said in the earnings release Wednesday.

AMC says it ended talks to acquire theaters from Cineworld