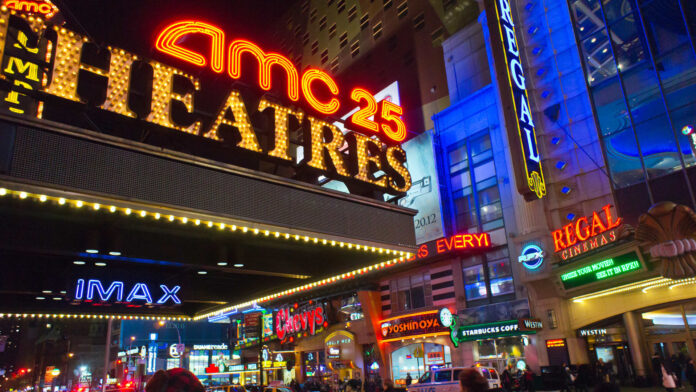 Shares of theater chain and meme trader favorite AMC fell sharply on Monday as a rival warned of potential bankruptcy and a new preferred share class hit the market.

AMC was down 41% on Monday, building on a loss of more than 26% last week. The drop comes as rival Cineworld said on Monday it is considering filing bankruptcy.

The new preferred shares from AMC could also be impacting trading. The theater chain’s “APE units,” a tool for the company to potentially raise additional cash in the future, began trading on Monday. The new share class resembles a stock split in some ways. The combined value of one AMC share and one APE unit on Monday was trading slightly below Friday’s AMC closing price.

AMC CEO Adam Aron warned of this potential move over the weekend.

“Remember, with the APE seeing its first trade on the NYSE at some time tomorrow morning, the value of your AMC investment will be the combination of your AMC shares and your new APE units. An AMC share plus a new APE unit added together — compared to just an AMC share previously,” Aron wrote on Twitter on Sunday.

After Cineworld released a warning about its liquidity position last week, AMC CEO Adam Aron said in a statement that “we remain confident about AMC’s future” and that the company was “quite optimistic” about movies coming in the fourth quarter and in 2023.

Even as 2022 has seen big movie hits like “Top Gun: Maverick” and studio executives have signaled an interest in pivoting back to theaters instead of streaming-only releases, the U.S. box office remains well below its pre-pandemic levels.

AMC reported more than $5 billion in long-term debt at the end of the second quarter. That total climbs to more than $10 billion when including lease obligations and other long-term liabilities.

The recent decline for AMC’s stock coincides with the sharp reversal for Bed Bath & Beyond. Both names have become meme stocks, with a large percentage of retail investors and social media followings. Bed Bath & Beyond fell more than 40% on Friday after activist investor Ryan Cohen revealed that he sold his entire stake in the company.

RBC upgrades Tesla to outperform, says automaker can fend off competition for years to come