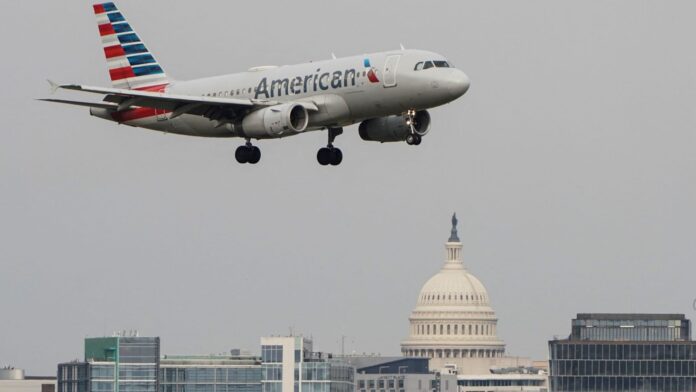 American Airlines on Thursday reported it swung to a profit in the last quarter and said it expects to be in the black in the third quarter, another sign of strong travel demand, even at high prices.

American posted a second-quarter profit of $476 million, up from $19 million a year earlier, though the carrier was still benefitting from federal coronavirus payroll support last year.

Second-quarter revenue of $13.4 billion was up 12% from before the pandemic, even though American flew 8.5% less than the same period of 2019, the airline said.

American has been more aggressive than rivals United Airlines and Delta Air Lines in restoring capacity, but American’s CEO said the carrier would limit its expansion this year.

“As we look to the rest of the year, we have taken proactive steps to build additional buffer into our schedule and will continue to limit capacity to the resources we have and the operating conditions we face,” CEO Robert Isom said in a note to staff.

The airline said it would fly 8% to 10% below 2019 levels in the third quarter but said revenue would be up as much as 12% from three years earlier as high fares continue into the summer.

American shares were down 2% in premarket trading after releasing results.

Here’s how the carrier performed in the second quarter, compared with Wall Street expectations according to Refinitiv consensus estimates:

Unit costs surged 45% in the second quarter from three years earlier as the carrier, like its rivals, faced a jump in fuel and other expenses.

American’s executives will hold a call to discuss results at 8:30 a.m. ET Thursday. They are likely to face questions on future travel demand, capacity, its labor talks with its pilots and flight attendant unions, hiring progress and aircraft needs.

United late Wednesday reported its first profit since the pandemic without the help of government aid, but said it would cut its growth plans through 2023.