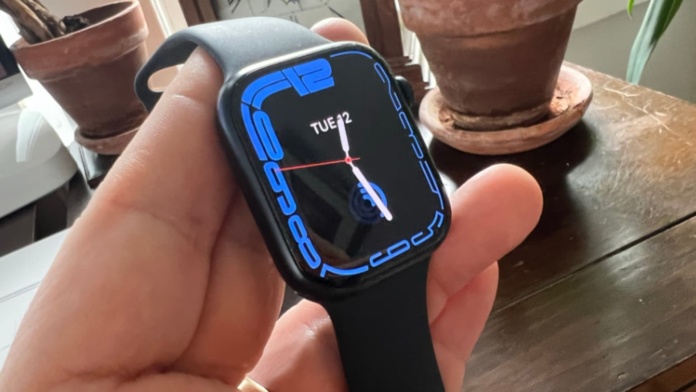 Apple is reportedly planning to debut a high-end Apple Watch with a larger screen and a new design, according to a Bloomberg report.

Apple increased the screen size with the Series 7 watches last year, which offer an edge-to-edge screen that removes much of the border on earlier models. But Bloomberg said the new high-end model will feature the first big design change since 2018 with a screen that’s 7% larger than the Series 7. It will also have a rugged design, longer battery life and a body-temperature sensor, the report said.

It may be a sign Apple is targeting Garmin‘s Fenix 7 series watches, which have big screens, long battery life and rugged designs. Those watches are popular among hikers and runners who need longer battery life than the Apple Watch offers.

Apple Watch sales are included in the company’s “Other Products” segment, which reported $8.81 billion in revenue last quarter, up 12.3% year over year. The changes could help Apple cater to an audience that has otherwise not purchased an Apple Watch.

Apple is also expected to announce a new version of its $279 Apple Watch SE, according to the report. The SE models typically include features found in earlier iterations of the Apple Watch, but at a lower price.

Apple is set to report its quarterly earnings on Thursday.

Biden says U.S. forces would defend Taiwan in the event of a Chinese invasion