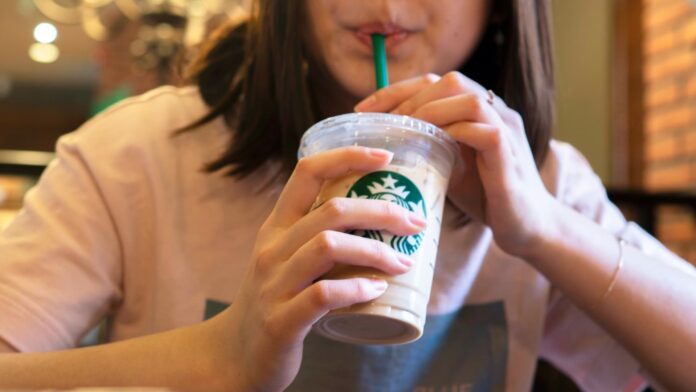 Wall Street’s worried China’s draconian Covid-19 restrictions — which have weighed heavily on the world’s second largest economy for nearly three years — could drag down earnings at Estee Lauder (EL) and Starbucks (SBUX) when the two U.S. companies report this week. At the Club, we’ve also tempered our expectations given the heavy exposure of both holdings to China, but believe the headwinds are temporary and that the Chinese economy will gradually reopen in the quarters ahead. Estee Lauder reports its 2023 fiscal first-quarter results Wednesday before the opening bell. Analysts expect earnings-per-share to plummet by 30% year-on-year, to $1.31 a share, while total revenue should fall by 10.5%, to $3.93 billion, according to estimates compiled by Refinitiv. Starbucks reports fiscal fourth-quarter results after the closing bell on Thursday. Analysts expect earnings-per-share to slide by 28% year-on-year, to 72 cents a share, according to Refinitiv. Total revenue is expected to climb by 2.5% compared with the year prior, to $8.31 billion. Wall Street’s take Multinationals operating in China have largely seen sales come under pressure due to continued Covid lockdowns, part of Beijing’s so-called zero-Covid policy. Cosmetics giant Estee Lauder, which relies on China for about 36% of its revenue, should see weakness in the region in its fiscal first before ultimately posting positive growth in 2023, according to analysts at the Telsey Advisory Group. “While the degree of underperformance varies, China generally continues to be the weakest region among the companies that have reported results for the quarter ending September, given lockdowns, supply chain disruptions, and depressed store traffic,” the analysts wrote in a recent research note. At the same time, analysts at Credit Suisse wrote in a note, “While we still think EL has the clearest China profit growth story in our coverage over the next decade…recent [government] comments suggest the Covid zero policy is likely to remain an overhang for consumer brands in the near term.” Coffee chain Starbucks, which relies on China for roughly 13% of sales, is another U.S. retailer facing “mounting China concerns,” according to Baird. Analysts at the bank wrote in a recent note that they expected economic restrictions in China to dampen Starbucks’ outlook when it reports this week. “Ongoing COVID-19 lockdowns in China could lead to weaker-than-modeled International segment [comparables] and reduce confidence in the recovery scenario that appears needed for SBUX to deliver its three-year growth targets,” the analysts wrote in a recent note. Still, analysts at Credit Suisse argued that China “should reverse to a tailwind over time” for Starbucks, calling the market one of the “most meaningful drivers of upside to numbers.” The Club take We hope that China takes steps to ease Covid restrictions, which would re-stimulate business activity and, ultimately, support future earnings for our holdings. We continue to see Starbucks as having massive growth potential in international markets, particularly China where the coffee retailer plans to open thousands of new stores. The short-term setback from the Chinese government’s stringent Covid policies should be seen as a buying opportunity. Similarly with Estee Lauder, we’re convinced that once Covid restrictions are lifted, Chinese demand for its beauty products will improve. Beyond the China headwind, we maintain our thesis that Estee Lauder is a leader is its industry that can withstand short-term pressures. The Club bought up 40 new shares of EL last week. Overall, these two Club names show that investors can have short-term concerns based on macroeconomic pressures, while still being bullish long-term. (Jim Cramer’s Charitable Trust is long SBUX, EL. See here for a full list of the stocks.) As a subscriber to the CNBC Investing Club with Jim Cramer, you will receive a trade alert before Jim makes a trade. Jim waits 45 minutes after sending a trade alert before buying or selling a stock in his charitable trust’s portfolio. If Jim has talked about a stock on CNBC TV, he waits 72 hours after issuing the trade alert before executing the trade. THE ABOVE INVESTING CLUB INFORMATION IS SUBJECT TO OUR TERMS AND CONDITIONS AND PRIVACY POLICY , TOGETHER WITH OUR DISCLAIMER . NO FIDUCIARY OBLIGATION OR DUTY EXISTS, OR IS CREATED, BY VIRTUE OF YOUR RECEIPT OF ANY INFORMATION PROVIDED IN CONNECTION WITH THE INVESTING CLUB. NO SPECIFIC OUTCOME OR PROFIT IS GUARANTEED.

A girl drinks ice coffee in a Starbucks coffee shop in Tianjin, China.

Wall Street’s worried China’s draconian Covid-19 restrictions — which have weighed heavily on the world’s second largest economy for nearly three years — could drag down earnings at Estee Lauder (EL) and Starbucks (SBUX) when the two U.S. companies report this week.

Binance was final destination for millions in funds from Bitzlato