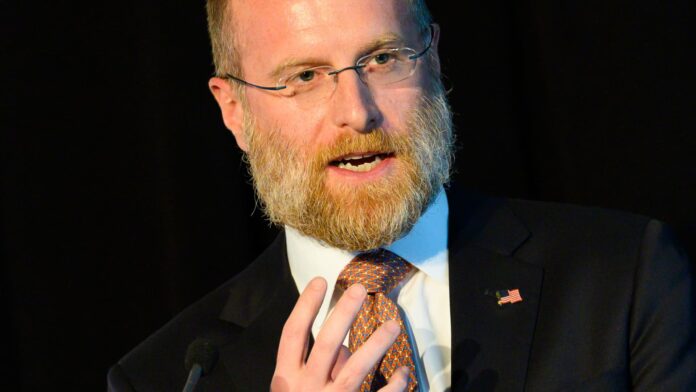 Shares of U.S. social media companies Snap and Meta spiked on the news that a Federal Communications Commissioner said the U.S. government should ban TikTok.

“I don’t believe there is a path forward for anything other than a ban,” Republican Commissioner Brendan Carr told Axios in an interview.

The comments from Carr, one of four current commissioners at the Democrat-led agency, do not necessarily signal any pending actions against TikTok.

Brendan Carr, FCC Commissioner, speaking at the State of the Net Conference 2019 at the Newseum in Washington, DC.

The Committee on Foreign Investment in the U.S. (CFIUS) in the Treasury Department is reviewing the company’s potential national security implications, given its ownership by a Chinese company, ByteDance. And the Department of Justice is the one leading negotiations over a security deal, The New York Times reported in September.

Concerns over TikTok’s potential security risks are generally bipartisan. Both the Trump and Biden administrations have expressed concerns and reviewed the company’s relationship with its Chinese owner. TikTok has maintained that it stores U.S. user data outside of China so that it would not have to turn over that information to the government, but U.S. officials have maintained their skepticism.

“Commissioner Carr has no role in the confidential discussions with the U.S. government related to TikTok and appears to be expressing views independent of his role as an FCC commissioner,” a TikTok spokesperson said a statement.