HomeInvestingBuy these ETFs if you believe the Fed will pivot to a...
Investing 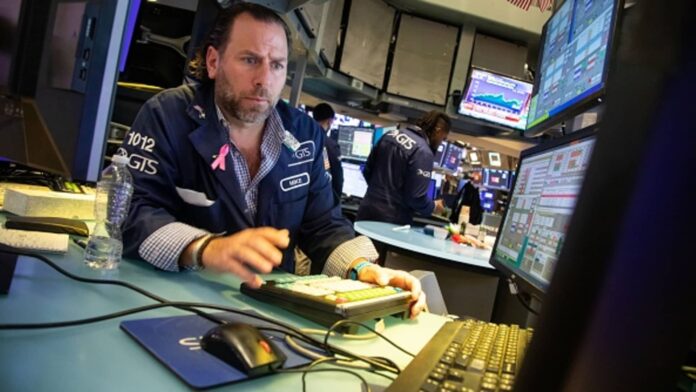 Traders are trying to sniff out a pivot from the Federal Reserve, and that means investors should start thinking about how to change their portfolios if interest rates start to fall. The Fed is expected to hike its benchmark rate by 0.75 percentage point Wednesday, but some central bankers have signaled that they are worried about going too far and causing a recession. That means that market rates could fall, even if the Fed continues to hike for the next few months. This is especially true for longer-dated bonds, which are less sensitive to the meeting-to-meeting changes by the Fed and more reflective of long-term expectations. The 10-year Treasury yield has already eased off its highs from mid-October. This means it may be time to turn the page in the playbook for investors. The most direct way to play this phenomenon would be to buy Treasury ETFs. Bond yields move opposite of price, so the ETFs should go up in value. And because yields are so high, the funds should still feature solid income for investors — even if the Fed starts to cut rates next year. There are several large ETFs on the market focused on Treasurys, including the iShares’ 7-10 Year Treasury Bond ETF (IEF) and 20+ Year Treasury Bond ETF (TLT) . They both have fees of 0.15%. Similarly, Vanguard offers the Intermediate-Term Treasury ETF (VGIT) , which has a fee of just 0.04%. Corporate bonds carry more risk than Treasurys, but should rally if Treasury yields fall. Intermediate-Term Corporate Bond Index Fund ETF (VCIT) also has an expense ratio of 0.04%. There are also some equity funds that were hit particularly hard by higher rates, and they could be due for a relief rally in store when rates fall. However, these could be riskier than the Treasury funds because the Fed is concerned about a recession, which could hurt these stocks even if rates fall. One of those areas is homebuilders. The U.S. housing market has slowed sharply as interest rates have soared, and the SPDR S & P Homebuilders ETF (XHB) has fallen more than 30% year to date. A recession could mean that housing continues to struggle, but consumers and builders may be comfortable taking on new projects if they believe mortgage rates have topped out. Growth stocks are another group that could benefit from a decline in rates. These companies are often valued based on far-off earnings, which become less attractive when discount rates are higher. Passive funds like the iShares Russell 1000 Growth ETF (IWF) could offer a relatively cheap way to get exposure to these types of stocks. That may make funds like the Invesco S & P 500 GARP ETF (SPGP) , focused on growth at a reasonable price, worth a look. The fund has an expense ratio of 0.33%, but it carries a five-star rating from Morningstar.

These stocks growing profits just got cheaper, and analysts love them