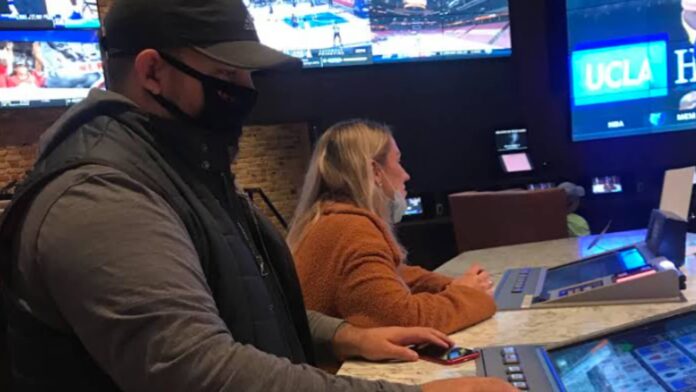 American casinos, gaming companies and lawmakers are calling on federal prosecutors to crack down on illegal offshore gambling sites that they say are evading consumer protection regulations.

The push comes as sports gambling has quickly expanded in the U.S. in recent years, with more than 30 states and Washington, D.C., allowing it.

“What maybe at one point in time was a relative nuisance, is now becoming a serious threat to the legal, licensed gaming industry,” Bill Miller, CEO of the American Gaming Association, told CNBC in a recent interview.

In a letter to Attorney General Merrick Garland this spring, the AGA asked the Justice Department to investigate well-known offshore gambling sites, which it said are openly violating federal and state laws and brazenly paying for advertising that targets U.S. gamblers.

Then on June 29, more than two dozen members of Congress also sent a letter calling on the Justice Department to investigate and prosecute illegal offshore sportsbooks.

The Justice Department has not yet responded to the AGA’s letter or to CNBC’s request for comment.

The challenge for the gaming industry has escalated as online searches for offshore sportsbooks last year rose faster than searches for the regulated operators, according to the AGA. More than half of gamblers say they still wager using offshore sites like Bovada, MyBookie and BetOnline, according to a survey by the association.

“There are hundreds of illegal or unregulated operators who are taking sports bets every single day. We estimate there’s potentially $15 billion going through some of these offshore operators,” FanDuel CEO Amy Howe told CNBC.

Legal operators including FanDuel, owned by Flutter, DraftKings, Caesars and BetMGM, co-owned by MGM Resorts and Entain, spend billions of dollars on licensing, marketing and lobbying for the legalization of sports betting in new states.

The companies say offshore operators compete for customers without having to invest in licensing or lobbying or paying state and local taxes.

“It gives them an unfair competitive advantage. They can offer better odds to the consumer,” Howe said. She added that many players don’t even know when they’re using illegal betting sites.

Some gamblers used offshore bookies for years before the Supreme Court overturned the Professional and Amateur Sports Protection Act in 2018 and cleared the way for states to legalize sports betting.

New Jersey gambler Justin Wunderler said he used to bet on sports through offshore sites, starting in high school, when that was the only option for sports wagering. Since then, he’s been burned a number of times when he couldn’t withdraw money from the offshore bookies.

“I got kind of screwed,” he said. “They ran away with my winnings, and that’s it. Sometimes bookies don’t pay out when you win.”

Howe said unregulated sites frequently ignore the responsible gambling safeguards U.S. operators have in place to maintain their licenses. She said 25% of FanDuel’s customers who switch from illegal operators do so because they weren’t paid their winnings.

Yet some experienced gamblers continue to use unregulated sites, drawn by more advantageous odds or promotions or because the sites let high rollers bet on credit. Plus, some frequent gamblers might find their bet limits restricted at legal sportsbooks in the U.S.

Wunderler said the offshore sites allow far higher limits, including for the “sharks,” who are experienced, savvy gamblers. “Some of them could go up to $50,000, while some of these legal sites you can only bet $120,” he said.

In states that have legalized sports betting, online searches for offshore betting sites have declined, according to the gaming association. But the offshore site Bovada still accounts for half of sports-betting-related searches nationwide, the AGA told CNBC.

Miller of the AGA said the gaming industry is looking to partner with Google and other internet search engines to stop turning up results with illegal sites.

The casino industry is also asking law enforcement to crackdown on unlicensed gambling machines, often found in taverns, mini-marts and gas stations. They look, sound and play like slot machines, but the manufacturers label them “skills-based” games to avoid gambling regulations.

“Why that matters is they’re not tested. There’s no quality assurance around odds,” said Miller. And if the machines don’t pay out, he said there’s rarely accountability from the host location.

Aristocrat manufactures the popular Buffalo slot machines, as well as many others, that are licensed in 300 U.S. jurisdictions. Its CEO, Hector Fernandez, said unregulated manufacturers have stolen designs and other intellectual property from the company.

The industry is working to educate players about unregulated operators, although it says that it can be difficult to tell the difference between legal and illegal operators.

“Educating the public that is generally unaware of whether they’re betting on illegal sites or illegal sites is a job for all of us,” Miller said.

Is Exxon the new ‘FANG’? The value rotation is starting to look more real