HomeBusinessCEOs of GM, Ford and others urge Congress to lift EV tax...
Business 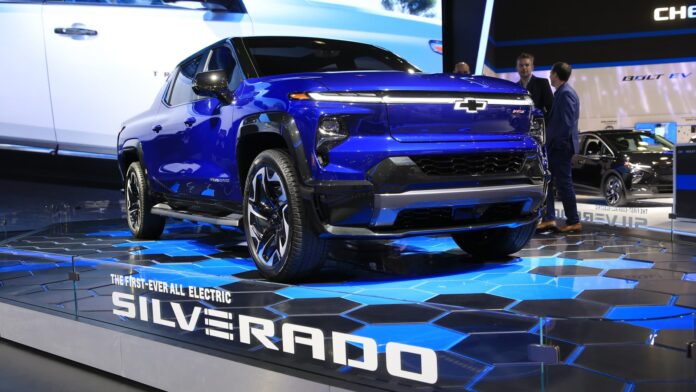 DETROIT – The CEOs of General Motors, Ford Motor, Chrysler parent Stellantis and Toyota Motor North America are urging Congress to lift the federal government’s cap on the number of vehicles that are eligible for a tax credit of up to $7,500, a move they say will encourage consumer adoption of the cars and trucks.

In a joint letter Monday to congressional leaders, the executives say the credit, which begins phasing out once a company sells 200,000 plug-in electric vehicles, is essential to keep the vehicles affordable as production and commodity costs rise.

GM and Tesla, the industry leader for electric vehicles, are the only companies that have exceeded the limit so far. But other automakers are also expected to near the 200,000-mark as they release an array of new electric products.

The letter, which was first reported by Reuters, instead recommends a sunset date for the tax once the EV market is more mature.

“The coming years are critical to the growth of the electric vehicle market and as China and the EU continue to invest heavily in electrification, our domestic policies must work to solidify our global leadership in the automotive industry,” the letter states.

The letter also notes that the four companies have pledged to invest more than $170 billion through 2030 to bolster EV development, production and sales, including near-term investments of over $20 billion in the U.S.

For years, GM CEO Mary Barra and other executives with the Detroit automaker have urged that the cap to be lifted to create a level playing field. They say the current policy penalizes early adopters of the technologies.