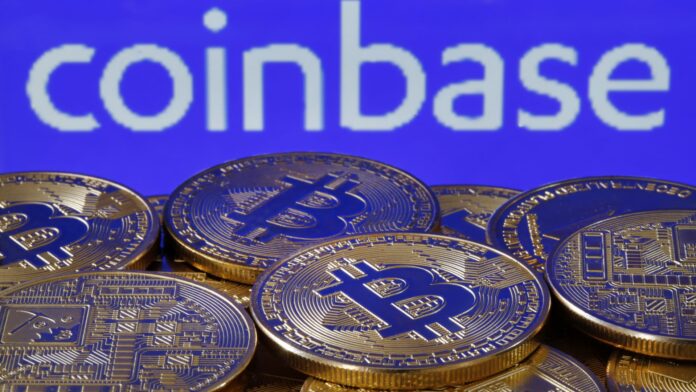 Coinbase reported mixed earnings on Thursday that showed a jump in monthly users, even though revenue missed analysts’ estimates and the company had a wider-than-anticipated loss during the quarter. The stock jumped more than 6% in premarket trading. Still, analysts remained largely bullish on the cryptocurrency platform, which has been slammed this year as crypto prices have fallen. The stock has lost nearly 78% year to date. “While Coinbase Global (COIN) today after the market close posted a 3Q22 report that at first glance appeared disappointing, even in the context of a digital asset exchange operating in the midst of a severe ‘crypto winter,’ upon further review the print offered reasons for relief and perhaps even optimism,” BTIG analyst Mark Palmer wrote in a Thursday note. Palmer reiterated his buy rating but reduced his price target to $110. Active user jump Where analysts see the potential for optimism in Coinbase’s report is in its reported active monthly users. While active monthly users dipped in the quarter to 8.5 million from 9 million, the company handily beat Wall Street’s expectations of 7.84 million monthly active users. The full-year guidance of nearly 9 million monthly active users was also better than the Street forecast. “Institutional trading volume of $133bn was down 43% year-over-year, but beat the consensus estimate of $123.2bn,” said Palmer, adding, “while we remain bullish on COIN’s long-term prospects, we are reducing our estimates and the multiple we employ to reflect the broader rerating of growth-oriented equities and the uncertain duration of the crypto winter that has weighed heavily on the company’s operating performance.” Cost controls Part of the reason Coinbase beat estimates on an adjusted earnings basis was due to cost controls, which should also help going forward. “The company is becoming increasingly cost conscious and updating its scenario planning — while still investing for the future — as it is unclear how long the current crypto downturn may persist,” wrote Barclays analyst Benjamin Budish in a note on Friday. “While no explicit F23 guidance was provided, management indicated they are planning with a conservative bias, assuming macro headwinds persist and potentially intensify.” Budish also lowered his price target after management’s guidance but maintained his equal weight rating on the Coinbase. JPMorgan analysts noted this as a positive as well. They kept their neutral rating and updated the bank’s price target to $66 from $60. “We continue to be pleasantly surprised by the resiliency of the retail commission,” Kenneth Worthington wrote in a Friday note. “Here we note that Coinbase acts as the market maker for retail, giving it a bit more control to manage the explicit and implicit commissions charged. The result was that lower trading volume drove Coinbase trading revenue to the lowest level since becoming a public company.” Positive catalysts ahead Though near-term growth is likely to be slower, analysts see positive catalysts ahead for Coinbase. “We continue to view both a U.S. derivatives launch and regulatory clarity as the most significant [near-term] catalysts for trading revenue, and the potential for offshore liquidity moving back to U.S.,” wrote Cowen analyst Stephen Glagola in a note on Friday. “In addition, with $5.6B of liquidity ending Q3, we continue to think COIN is well capitalized to execute on product expansion in a multi-year downturn.” Cowen has an outperform rating on shares of Coinbase and a $75 price target, albeit down from an earlier $85. “While we are concerned around muted growth in NT staking and trading volumes coupled with an elevated expense outlook, we are excited about the growth in interest income from USDC and staking opportunities following the Shanghai upgrade, targeted for 1H’23,” wrote Needham analyst John Todaro, also in a Friday note. Needham has a buy rating and an $89 price target on Coinbase. — CNBC’s Michael Bloom contributed to this report.

What happens to my funds if a crypto exchange goes bankrupt?