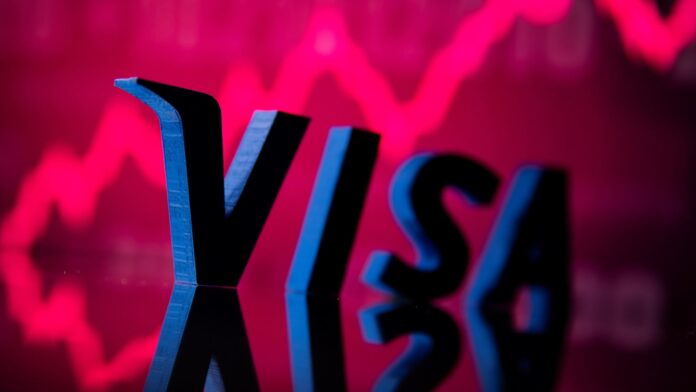 Credit Suisse came out with its latest crop of top stock picks for July, including several new names to help investors weather challenges over the next year. The investment bank drew up a list of “one stop shop” ideas that it says will outperform on a six- to 12-month time horizon, as investors assess whether the Federal Reserve can navigate a soft landing for the economy in the face of the hottest inflation in decades. Of the 42 top ideas chosen by analysts, 38 were the firm’s top outperform-rated names, and 4 were underperform-rated picks, according to the July report. Three of the five new top outperformers in the list were in the financials sector. One is a transportation stock while the last is in energy and utilities. Here are three of the new top picks: Source: Credit Suisse A pickup in travel after years of pent-up demand during the pandemic will boost shares of Visa , according to Credit Suisse. The investment bank gave the outperform-rated stock a $265 price target, which represents roughly 30% upside from where shares were trading Thursday. “We believe that Visa will be able to compound revenue in the ~HSD-LDD in the medium-term (and faster near-term as cross-border travel recovers),” wrote analyst Timothy Chiodo, referring to low- to mid single digit increases. Shares of Hartford Financial Services Group could see more than 65% upside from here as the investment and insurance company incorporates several growth initiatives to support its business, Credit Suisse said. Analyst Andrew Kligerman gave the stock a $104 price target. “HIG’s three attractive businesses are poised for margin expansion on top-line growth and cost savings: (i) P & C is largely focused on the attractive SME segment, and is benefiting from the favorable commercial pricing environment; (ii) Group Benefits exposure is highly sought after, due to its solid growth and return profile; and (iii) Mutual Funds has relative strong performance,” Kligerman wrote. Solid management, and greater diversification of its businesses, will support truckload carrier Knight-Swift Transportation even in a downturn, Credit Suisse said. The investment bank has a $70 price target on Knight-Swift, or more than 45% above from where shares were trading Thursday. “The market seems skeptical of the sustainability of KNX’s results given concerns about a downturn in the economy and falling trucking rates,” wrote analyst Ari Rosa. “While we share these concerns, we also note that KNX has proven adept at managing through cycles and we believe the company’s discounted valuation more than compensates for macro-risk.”