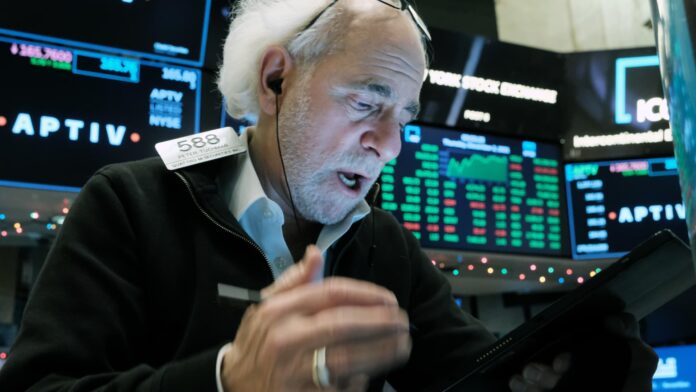 As investors continue to wonder whether stocks are at or near the market bottom, Strategas’ Chris Verrone says we aren’t there yet. On Friday, the S & P 500 closed at 3,674.84 after posting its worst week since 2020. Verrone, a partner and head of the firm’s technical strategy and macro research team, told CNBC’s ” Squawk Box ” on Tuesday that the benchmark index still has further to fall. He’s brought down his target on the S & P 500 to between 3,350 and 3,400. “In these bear markets, you get these very, very seductive rallies,” he said. “Our work has shown that historically a bear market rally is about a two-month event, roughly 15% to 20% off the lows. That only gets you back to about 4,000-4,100 on the S & P – we were there on June 8.” “It’s more about the resistance on top of us … call it the 3,950 to 4,100 zone,” Verrone added. “There’s a lot of resistance on top of us here and I think when you look at the broader macro picture, if a bounce is going to turn into something real, I would suspect the macro inputs have to change as well but they haven’t.” It’s important to distinguish between an oversold bounce and major capitulation, Verrone said, emphasizing that the market is only experiencing the former. The market has been oversold for the last two weeks, he said, calling them two of the worst weeks in market history, alongside 2008 and 2020. Those lows had “very clear” signals of capitulation, however, which investors haven’t shown yet this year. “This has been fairly orderly,” Verrone said. “We have not seen huge swells in volume, put call ratios really have not spiked. So I think there’s still something missing here in terms of checking the boxes of what a good conditional low often looks like historically.” Correction: Chris Verrone said the S & P 500 could fall to somewhere between 3,350 and 3,400. A previous version misstated the top end of that range.

There are signs of change in the M&A market. Bank of America gives their buyout candidates

The Army has so far recruited only about half the soldiers it hoped for fiscal 2022, Army secretary says