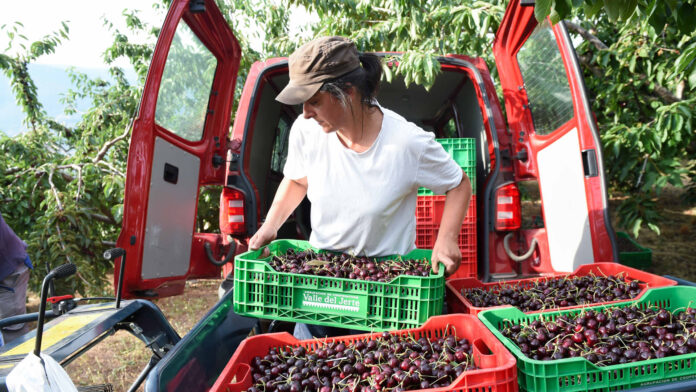 The European economy is not seen entering a recession this year, according to the European Commission, but some economists have a different opinion.

Inflation will hit 7.6% in the euro zone and 8.3% in Europe this year, according to revised forecasts, as Russia’s invasion of Ukraine puts a dampener on the region’s economies.

Thursday’s forecasts from the European Commission, the executive arm of the EU, come as markets monitor inflation prints closely. In the U.S., the consumer price index rose 9.1% on the year in June, according to numbers released Wednesday — coming in much higher than economists had expected.

Concerns over record-high price rises are also widespread in Europe, where the latest reading showed that inflation hit a record rate of 8.6% in the euro zone in June.

The situation is piling pressure both on national governments, which are trying to reduce the impact of higher prices on households, and the European Central Bank, which is due to meet next week.

“Record-high inflation is now expected to peak later this year and gradually decline in 2023. With the course of the war and the reliability of gas supplies unknown, this forecast is subject to high uncertainty and downside risks,” he added.

European officials fear a complete shutdown in gas supplies from Russia. Though the bloc has gradually been reducing its purchases of Russian gas, these imports still represent an important source of energy for the bloc — most notably for sectors which use gas as a raw material, such as the chemicals sector.

Pipeline operator Nord Stream AG confirmed earlier this week that maintenance work at its Nord Stream 1 is underway until July 21. The pipeline is crucial in the transportation of Russian gas to Germany and beyond, however there are concerns that flows will not return to normal levels after the works are concluded.

The commission also revised down most of its growth expectations in its summer economic forecasts, published Thursday.

In May, it said it expected a growth rate of 2.7% this year and 2.3% next year for both for the EU and the euro area.

Europe has been big hard by Russia’s invasion of Ukraine. At the start of the year, some were expecting the euro area to grow at more than 4% — a faster pace than the United States.

However, tough sanctions on Russia, a reduction in flows of natural gas, major food supply chain issues and a slew of other factors have shaken the economic prospects of the bloc.

Many economists are pricing in a recession for the euro zone either later this year or in 2023, but — for now at least — European officials are refusing to talk about the possibility of a recession.

Share
Facebook
Twitter
Pinterest
WhatsApp
Previous article
Latest news from Russia and the war in Ukraine
Next article
Charts suggest the euro could see a ‘swift rally’ and lift the market with it, says Jim Cramer
RELATED ARTICLES
Europe

What Walmart’s profit warning means for Amazon, Target and the rest of retail

An expensive VR experiment with no audience