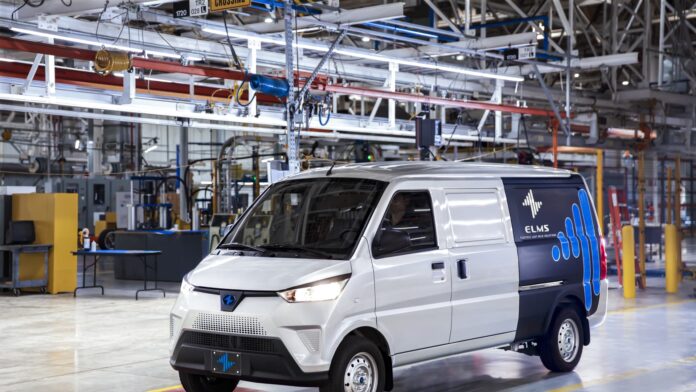 The ELMS Urban Delivery, anticipated to launch later this year, is expected to be the first Class 1 commercial electric vehicle available in the U.S. market and will be produced at the Company’s facility in Mishawaka, Indiana.

EV start-up Electric Last Mile Solutions said late Sunday it plans to file for bankruptcy less than a year after it went public via a merger with a special purpose acquisition company.

The Michigan-based maker of electric commercial vans said in a release that interim CEO Shauna McIntyre and its board of directors decided on Sunday to file for Chapter 7 bankruptcy protection, which will allow it to liquidate its assets, after a “comprehensive review of the company’s products and commercialization plans” turned up no better option for stakeholders.

ELMS’s public offering, in late June 2021, came amid a wave of SPAC deals that took EV makers public. The company is the first of those post-SPAC EV makers to say that it will declare bankruptcy.

McIntyre has served as interim CEO since February, when founder Jason Luo and then-CEO Jim Taylor left the struggling start-up after an internal investigation found that the company’s past financial statements were unreliable.

ELMS said in a statement that those executive departures, and a related investigation by the Securities and Exchange Commission, had made it “extremely challenging” to secure additional funding.

Goldman Sachs, JPMorgan and others warn investors away from Coinbase