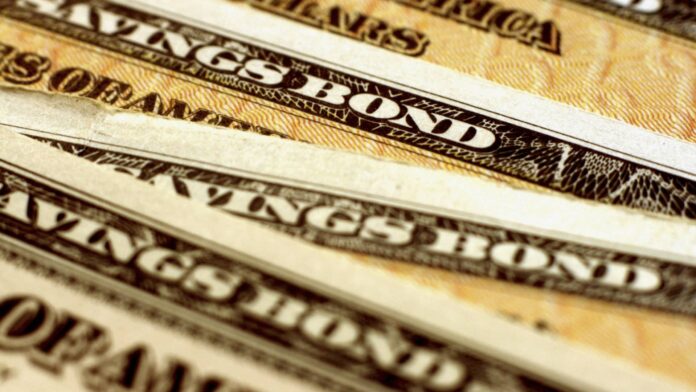 The demand for Series I bonds, an inflation-protected and nearly risk-free asset, has skyrocketed as investors seek refuge from soaring prices and stock market volatility.

While annual inflation rose by 8.6% in May — the highest rate in more than four decades, according to the U.S. Department of Labor — I bonds are currently paying a 9.62% annual rate through October.

That’s especially attractive after a rough six months for the S&P 500, which plummeted by more than 20% since January, capping its worst six-month start to a year since 1970.

More from Personal Finance:
How much cash you need to ride out a recession at different life stages
Some experts say a recession is coming. Here’s how to prepare your portfolio
‘It’s like going to the DMV online’: What to know about buying Series I bonds via TreasuryDirect

Indeed, since the annual I bond rate jumped to 7.12% in November, 1.85 million new savings bond accounts have opened through June 24, according to Treasury officials.

Backed by the U.S. government, I bonds won’t lose value. And if you’re comfortable not touching the money for 12 months, the current rate “dwarfs” other options for cash reserves, he said.

Still, there are nuances to consider before piling money into these assets. Here are answers to some of the trickier I bond questions.

1. How does the interest rate on I bonds work?

I bond returns have two parts: a fixed rate and a variable rate, which changes every six months based on the consumer price index. The U.S. Department of the Treasury announces new rates on the first business day of May and November every year.

With inflation rising over the past year, the variable rates have jumped, increasing to an 7.12% annual rate in November and 9.62% in May. However, the initial six-month rate window depends on your purchase date.

For example, if you bought I bonds on July 1, you’ll receive the 9.62% annual rate through Dec. 31, 2022. After that, you’ll begin earning the annual rate announced in November.

2. How do I pay taxes on I bond interest?

While I bond interest avoids state and local levies, you’re still on the hook for federal taxes.

There are two options for covering the bill: reporting interest every year on your tax return or deferring until you redeem the I bond.

While most people defer, the choice depends on several factors, explained Tommy Lucas, a CFP and enrolled agent at Moisand Fitzgerald Tamayo in Orlando, Florida.

All of these decisions come back to the ultimate purpose of this investment.

For example, if you opt to pay taxes on your I bond interest every year before receiving the proceeds, you’ll need another source of income to cover those levies.

However, if you’ve earmarked those funds to pay for education expenses, the interest is tax-exempt, so paying levies annually doesn’t make sense, he said.

“All of these decisions come back to the ultimate purpose of this investment,” Lucas added.

When you create a TreasuryDirect account to buy I bonds, it’s important to add what’s known as a beneficiary designation, naming who inherits the assets if you pass away.

Without this designation, it becomes more challenging for loved ones to collect the I bonds, and may require the time and expense of going through probate court, depending on the I bond amount, Sestok explained.

“Personally, I make sure that my clients do it correctly in the first place,” he said, explaining how adding beneficiaries upfront may avoid headaches later.

However, if you set up an account without a beneficiary, you can add one online by following the steps outlined here at TreasuryDirect. You can call support with questions, but they are currently experiencing “higher than usual call volumes,” according to the website.

With a named beneficiary, I bond heirs can continue holding the asset, cash it in or have it reissued in their name, according to Treasury Direct.

The accrued interest up to the date of death can be added to the original owner’s final tax return or the heir’s filing. Either way, the beneficiary can decide whether to keep deferring interest or not, Lucas said.