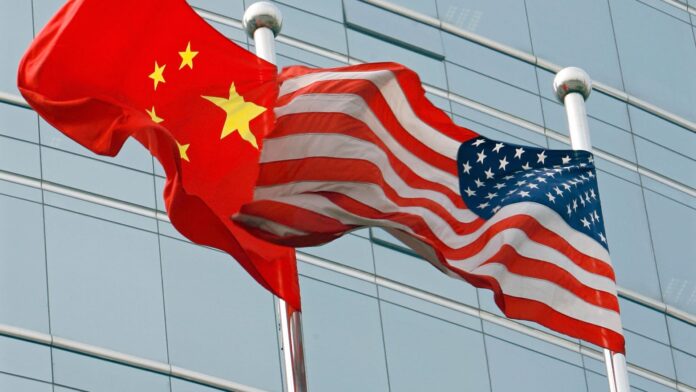 President Joe Biden could decide “pretty soon” on a modest relief package to roll back some U.S. tariffs imposed on China in an effort to tamp down inflation, said Clete Willems, who previously served as deputy director at the National Economic Council.

“What we are expecting that the president is deciding on is a relatively modest list of potential tariff suspensions in order to fight inflation. Some of the reports indicate that it’s on the order of magnitude of about $10 billion out of over $360 billion that are currently being imposed on China,” Willems, currently a partner at Akin Group, told CNBC’s “Squawk Box Asia” on Wednesday.

Willems, who was a top White House trade negotiator during the Trump administration, noted the move is likely to come together with other actions “that are perceived as tough on China” like a “potential new investigation into China’s industrial subsidies.”

“That’s really important for the Biden administration to manage things at home, so that they don’t get criticized by the China hawks for being weak,” said Willems, adding, “I do think we’re going to see some movement pretty soon.”

In May, Biden said he could drop some of the tariffs imposed against Chinese imports to help control rising consumer prices in the U.S.

The White House is currently reviewing the penalties imposed under former President Donald Trump — which raised prices on everything from diapers to clothing and furniture. The process was triggered by legal provisions, rather than a U.S. political willingness for a reset in relations.

I think the optics are an important part of this and the president has been criticized for not doing much on inflation.

Willems said the Biden administration is interested in looking at rationalizing the list over a longer term horizon and making it more strategic. That could include a broader range of tariff reductions as well as perhaps some tariff increases in areas where they think it’s important to achieve their supply chain goals, he added.

“I think we’re going to see something relatively modest in the short term. But over the long term, what I’m hopeful is that this will lead to a process that tries to rationalize things more broadly and link them more closely to their supply chain objectives,” he said.

Some economists have estimated removing tariffs on imported Chinese goods will strip 1% off inflation in the U.S. over time and return confidence to the economy. This could help Biden’s standing ahead of the midterm elections later this year.

“I think the optics are an important part of this and the president has been criticized for not doing much on inflation and they clearly want to illustrate that they’ve heard that and they are being responsive,” said Willems.

Treasury Secretary Janet Yellen has also said some tariffs on China served “no strategic purpose” and that Biden was considering removing them as a means of cooling inflation.

“I think that there’s some recognition within the administration, particularly in the department of Treasury, that these tariffs have not gotten done what they wanted to do,” Benjamin Kostrzewa, an international trade and regulatory lawyer at Hogan Lovells, told CNBC’s “Street Signs Asia” on Wednesday.

“They have not pressured the Chinese government into making the changes that they had hoped for at the systematic level — whether that’s intellectual property or subsidies. At the same time, they’ve done some harm to the U.S. economy.”

White House press secretary Karine Jean-Pierre said Tuesday that no decision has yet been made on the tariffs.

“The president’s team is continuing to look at our options on how to move forward,” she said during a press briefing. “We want to make sure that we have the right approach.”

The White House is also facing a lot of pressure from both ends of the political spectrum on whether to lift these tariffs, said Kostrzewa, who previously served as assistant general counsel at the Office of the U.S. Trade Representative.

“If they were to unilaterally lift these tariffs, there would be a lot of concern from all across the political spectrum from the unions on the left, to the China hawks on the right and also the left,” he said.

“So it’s difficult for him [Biden] to make … the correct economic move when these tariffs are still largely popular. And it’s not clear if lifting the tariffs would create much of a dent in the inflationary concerns that are creating both the political and economic issues for the administration.”

Latest news on Russia and war in Ukraine

5 things to know before the stock market opens Thursday, July 14