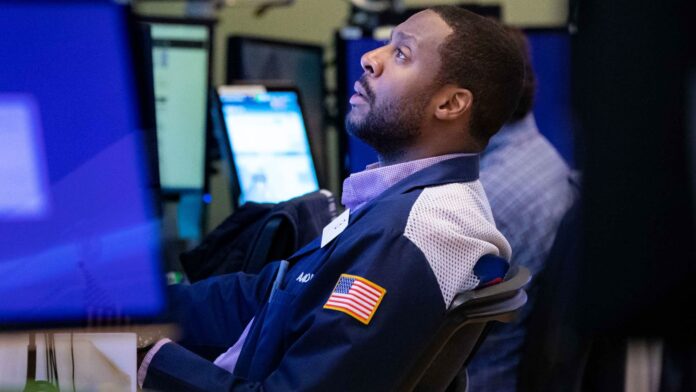 Market pros track the spread between longer duration Treasury yields and shorter duration yields, with the former typically higher. However, the 2-year Treasury yield was up at 2.8446% on Wednesday morning, above the 10-year.

That so-called inversion, particularly if sustained, is often interpreted as a warning sign that the economy may be weakening and a recession could be on the horizon. The 2-year to 10-year curve first inverted March 31, then again briefly in June.

The market has become increasingly concerned about the potential for recession in recent weeks as economic data has weakened, while Federal Reserve Chairman Jerome Powell has committed to aggressive action to fight soaring inflation. Should the central bank hike interest rates too sharply, the subsequent slowing of the economy could tip into recession.

Investors are awaiting the minutes from the Federal Open Market Committee’s latest monetary policy meeting, which will be published at 2 p.m. on Wednesday, for indications as to the path of policy tightening.

Several notable data points are also expected on Wednesday morning, including June’s ISM non-manufacturing PMI (purchasing managers’ index) reading and May’s JOLTs job openings, both of which are due at 10 a.m.

An auction will be held Wednesday for $30 billion of 119-day Treasury bills.

Boeing aircraft deliveries rose to 35 in August as Dreamliners returned