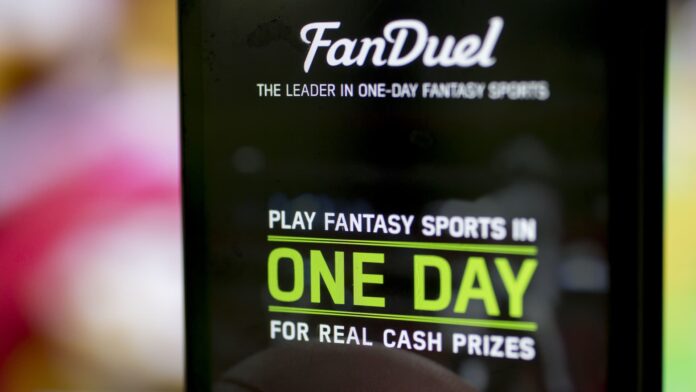 Fox lost a legal battle to buy an 18.6% stake in sports betting company FanDuel Group from its parent company Flutter at a reduced valuation, according to a ruling Friday from a New York arbitrator.

Should Fox exercise its option to take the stake, it would be at a price of at least $3.72 billion.

The decision ends the more-than-yearlong lawsuit between the two companies over the valuation of FanDuel, which has emerged as one of the leading U.S. sports betting platforms alongside services from DraftKings, Caesars and MGM.

The price that Fox would have to pay is based on a FanDuel valuation of $20 billion, according to the ruling. Flutter, which owns nearly 95% of FanDuel, acquired a 37.2% stake in the company in December 2021 at an implied valuation of $11.2 billion. Fox had argued the price should be based on that threshold.

Fox has a 10-year option to acquire the stake, which runs through December 2030. The arbitrator ruled that there would be a 5% annual escalator on its purchase price, meaning the current price of a deal would be $4.1 billion.

“Today’s ruling vindicates the confidence we had in our position on this matter and provides certainty on what it would cost Fox to buy into this business, should they wish to do so,” said Flutter CEO Peter Jackson in a statement.

As part of the arbitration ruling, Flutter cannot pursue an IPO for FanDuel without Fox’s consent or approval from the arbitrator. Flutter had previously considered taking FanDuel public, taking advantage of the booming sports betting market.

“Fox is pleased with the fair and favorable outcome of the Flutter arbitration,” the company said in a statement following the ruling. “Fox has no obligation to commit capital towards this opportunity unless and until it exercises the option. This optionality over a meaningful equity stake in the market leading U.S. online sports betting operation confirms the tremendous value Fox has created as a first mover media partner in the U.S. sports betting landscape.”

Sports betting has continued to grow in the U.S. as more states bring legal sports betting online — as of Nov. 1, 33 states allow some form of sports betting, with California having two measures on its ballot to legalize it.

That has pushed up revenues as well. Commercial sports betting revenue nationally through August was $3.97 billion, up nearly 70% year over year, according to data from the American Gaming Association.

But that continued growth hasn’t benefitted all public sports betting companies. DraftKings stock posted its worst-ever decline on Friday after the company reported monthly customer growth that fell short of estimates even as it revised its revenue forecast upwards. DraftKings, which is down more than 59% year-to-date, is now valued at just over $5 billion.

CDC eases Covid guidance as U.S. has more tools to fight the virus and keep people out of the hospital