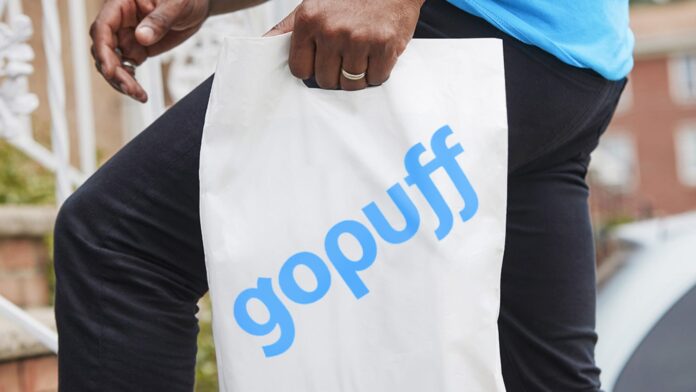 A bag of groceries with the logo of American on-demand delivery start-up Gopuff.

Delivery startup Gopuff is cutting 10% of its global workforce and closing 76 U.S. warehouses, according to a letter to investors.

The layoffs impact about 1,500 employees who will be notified throughout Tuesday, the letter said. The company is also closing 76 warehouses, about 12% of its network, across the U.S. while expanding services at other higher-performing sites.

“As part of our efforts to remove overhead and drive operational efficiencies, we have made the incredibly challenging decision of reducing our global workforce by 10%,” the letter said. “While difficult, this restructures us to align more closely around business priorities while accelerating our path to profitability.”

The current cuts are an effort to help the company be profitable by 2024, it said in a letter to investors.

Gopuff also said it will focus on improving its core business, which is instant delivery, and increasing international investment, especially in the U.K.

“These shifts are not only accelerating our timeline to profitability, they are taking us back to our roots of keeping profitability at the core of every decision,” the letter said. “We remain committed in our ambition to building a generational business and feel confident as ever in Gopuff’s performance and ability to capitalize on the moment before us.”

Gopuff last year was valued at $15 billion. The company had reportedly been eyeing a 2022 public listing, but has since put those plans on hold amid a broader slowdown in market debuts.

The news was first reported by Bloomberg.

Gopuff is one of the so-called fast delivery companies, which often promise orders to reach your door in 30 minutes or less. Firms like it been heavily subsidized by venture capitalists. But a dramatic shift has seemed to occur in recent months in the rapid delivery segment as VCs move away from a growth-at-all-costs model that once boosted companies like Uber.

India, Vietnam may benefit as chipmakers shift from China amid US curbs

At least 70,000 without power after 6.4-magnitude earthquake rattles Northern California