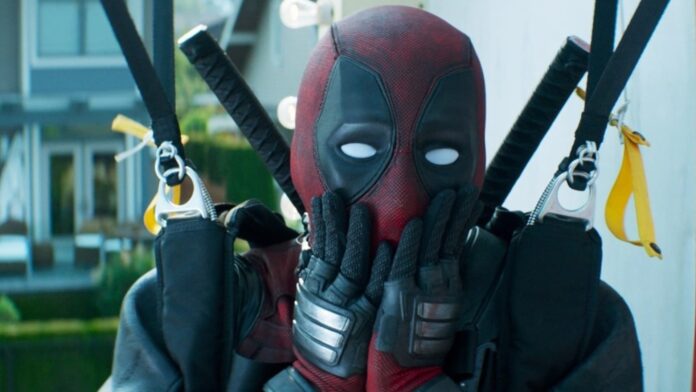 A poster of Motion Picture Association film ratings hangs next to a poster displaying a message about new cleaning procedures in the lobby of Cinemark’s Century 16 at the South Point Hotel & Casino on in Las Vegas, Nevada.

How many F-bombs can a movie have before it’s rated R?

That’s up to Kelly McMahon and a secretive panel of raters that is charged with dishing out the movie industry’s five all-important designations — G, PG, PG-13, R and the extremely rare NC-17.

Though it toils in relative obscurity, the panel’s ratings for about 700 movies each year can help determine whether films are suitable for children and have a big impact on a movie’s box office performance.

One of the group’s rules, for instance, says the F-bomb can be used as an expletive just once in a film rated PG-13, which means suitable for people 13 and older.

“Used more than once as an expletive, it gets kicked up to an R,” said McMahon, chair of the Classification and Rating Administration (CARA), a Los Angeles-based division of the Motion Picture Association.

Warner Bros.’ “The Batman,” for example, has a lot of profane dialogue, including the use of s—, b—- and a——. But it only used the F-word once, allowing it to remain PG-13.

There are exceptions, usually when the word is just repeated in a short time or used as part of an emotional scene, McMahon said. But any movie with more than three F-bombs likely couldn’t remain PG-13, she said. And if the word is used to signify sex, the film automatically gets an R rating.

To protect the integrity of the screening process, six of CARA’s 10 members are cloaked in anonymity. But in an interview with CNBC, McMahon peeled the curtain back on how the group factors in nudity, violence and other elements to assign ratings for movies including blockbusters like Paramount and Skydance’s “Top Gun: Maverick” and streaming titles like Netflix’s “Spiderhead.”

Established in 1968 as a guideline for parents, the MPA panel is made up of full-time and part-time employees who don’t have any other relations to the entertainment industry. To be selected, candidates must have a child between the ages of 5 and 15.

Most members serve for around seven years — or until their youngest child reaches the age of 21, McMahon said.

“We strive for a diverse group of raters in terms of race, gender, ethnicity, geographical upbringing, religious views, political views,” she said, adding the majority of Americans parents would ideally agree with the group’s ratings.

The panel screens around three films a day, watching each movie from start to finish — including the credits. Raters are watching for sex, nudity and language, which are consistently among parents’ top concerns, McMahon said.

“We get a lot of our guidance from surveys and talking to other parents,” she said.

Before the pandemic, the raters watched movies together in an office screening room, then met to discuss the movie’s contents and vote. During the pandemic, the panel met virtually. At least five raters must have seen the film for CARA to provide a rating; the group tries to have an odd number of raters watch films so votes won’t end in a tie.

“It is a simple majority that rules,” McMahon said.

What’s in a rating?

Though initially intended as a guide for parents, movie ratings have since evolved to be part of studio marketing, said Paul Dergarabedian, senior media analyst at Comscore.

An R rating, for example, can signal that a movie is for adults and might contain strong language, intense or persistent violence, sexually oriented nudity, drug abuse or other mature elements. Children under the age of 17 need to be with an adult guardian to see R-rated movies.

R-rated comic book movies like “Deadpool,” “Deadpool 2” and “Logan” were explicitly billed as gritty, dark and violent and had strong box office performances. The “Deadpool” films each raked in $780 million worldwide and “Logan” tallied more than $600 million in 2017.

The rating might also signal that a film is violent, gory or psychologically disturbing − all elements of a good horror movie.

“Horror fans have long coveted movies that bear the stamp of an R rating,” Dergarabedian said.

Universal’s “The Black Phone” also earned the rating for violence, bloody images, strong language and some drug use. So did David Cronenberg’s “Crimes of the Future,” for disturbing violent content and grisly images, graphic nudity and some strong language.

If they’re not happy with their rating, filmmakers can challenge CARA’s decisions through an appeals process, or simply re-edit their films to get a different rating. That could mean cutting a shot that raters found tipped the scale toward an R rating, or reducing the number of times a swear word is used.

Most opt to re-edit, McMahon said. But there have only been two appeals in the past two years, she said.

“The reason we have a lot less appeals now is because we do work so closely with filmmakers,” McMahon said. She and the panel’s other three public members act as liaisons with filmmakers and studios to preview scripts and help translate guidelines.

Exactly which rating a studio or filmmaker wants depends on the audience they’re going after. The G rating, for example, is for general audiences with no age restrictions, and means the film does not contain any nudity, sex, violence, profane language or troubling themes. The most recent film to earn this rating was 2021’s “Paw Patrol.”

PG is one step above, and means the movie has some material that might not be suitable for children, including some profanity, depictions of violence or brief nudity. But movies can’t show drug use to get the rating. Universal and Illumination’s “Minions: The Rise of Gru” got the PG rating for action violence and rude humor.

“Minions: The Rise of Gru” is the sequel to the 2015 film, “Minions,” and spin-off/prequel to the main “Despicable Me” film series.

PG-13 is a stronger warning for movies that might depict violence, nudity, sensuality, profane language or other more mature themes. A a wide range of films and genres can fall in this category for different reasons.

CARA’s rules can evolve, too.

As with the F-bomb, movies are now allotted a single use of the word mother—— with a PG-13 rating. Although it was once considered a sexual word, McMahon said the term is now more commonly used as an expletive.

If especially coarse words are used in a sexually charged way, the movie gets slapped with R rating, McMahon said.

The word s— can appear in a PG film, but only in a limited amount. Repeated use of the word b—- is acceptable in PG-13 movies.

With sex and nudity, context is once again key.

Showing the side of a woman’s breast — often referred to as “side boob” — or a person’s rear end can be considered PG or PG-13, if the appearance is brief and not associated with a sex act. In Paramount’s “The Lost City,” for example, actor Channing Tatum briefly exposes his butt during a scene. The film maintained a PG-13 rating because the nudity was for comedic effect.

With violence, the likelihood of triggering an R rating depends on how realistic it is and how much of it there is, McMahon said.

Raters also weigh “thematic elements,” a catchall within the PG and PG-13 ratings that encapsulates anything that isn’t violence, language or nudity, such as bullying, death, crime, discrimination, self-harm or war.

The rarest rating, NC-17, means that people under the age of 17 can’t be admitted to see the film. This rating doesn’t automatically mean a film is obscene or pornographic, but it signals that the content is only appropriate for adults. Most films that receive this rating are re-edited to get the more widely acceptable R rating, including “Midsommar” in 2019 and “The King’s Man” in 2021.

Sometimes, CARA adds short explanations to ratings that might appear during a film’s trailer or on promotional materials like posters. Filmmakers might suggest their own descriptors, but the raters ultimately assign them.

The descriptions can be comically specific. For “Team America: World Police,” a satire from the “South Park” team, for instance, the panel explained that its R rating was for “graphic crude and sexual humor, violent images, and strong language — all involving puppets.”

Disclosure: Comcast is the parent company of NBCUniversal and CNBC. NBCUniversal is the distributor of “Minions: The Rise of Gru” and “The Black Phone.”

Russia’s war in Ukraine has gone on for 6 months: What next?