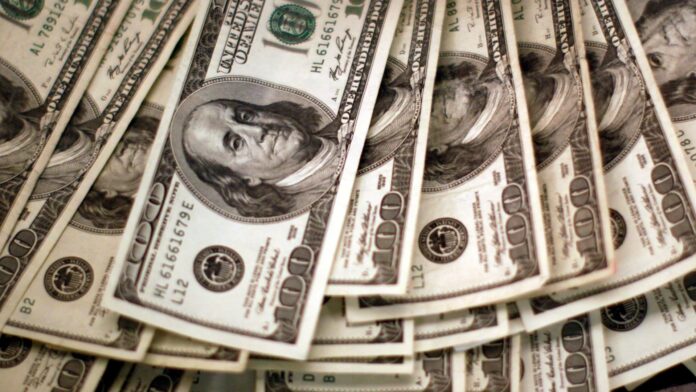 The dollar’s record rally is wreaking havoc on some of the biggest companies in the world this earnings season. Earlier this month, the dollar index hit a 20-year high of 109.29. The euro fell below parity with the greenback for the first time since 2002, and central banks across the world continued to weigh rate hikes to combat record inflation. While the index has pulled back more than 2.6% from its 52-week peak, it is still trading up about nearly 11% this year at around 106.37 as of midday Friday. But even as those gains dissipate, the carnage from the rally is expected to continue to hit some of the highest profile companies with strong overseas businesses as they grapple with foreign exchange headwinds that could cut into profits. Morgan Stanley’s Michelle Weaver said in a note to clients this week that the dollar’s rally presents a headwind to earnings for U.S. companies, which make roughly 30% of sales abroad combined. “Our math suggests that every percentage point increase in the dollar on a Y/Y basis provides an approximately 0.5ppt hit to S & P 500 EPS growth,” she wrote. “Thus, the 16% year-on-year increase we’ve seen in the DXY index would translate into an 8% headwind for S & P 500 EPS growth, all else equal.” A recent screen from CNBC Pro found the stocks most at risk to these dollar headwinds include Nike, which makes 61% of its revenues internationally, according to data from FactSet. McDonald’s also made the list. Earnings calls cite pain from rising dollar While earnings season is only just getting started, management from a slew of technology companies, consumer discretionary names and others with strong global operations have already signaled they expect to take the heat. Technology stocks are among the biggest behemoths so far to report headwinds from the dollar’s strength this earnings season. IBM on Monday trimmed its 2022 free cash flow forecast to $10 billion , down from the expected $10 billion to $10.5 billion range, in part due to the surging dollar and shut down of business in Russia. The technology company also took a $900 million or 6-point hit to revenue from the strengthening dollar, Chief financial officer James Kavanaugh said during the company’s earnings conference call. He added that IBM is “not immune” to the greenback’s strength ahead as they operate in over 170 countries globally. The company makes roughly 60% of its sales abroad, according to data from FactSet. Streaming giant Netflix said in its letter to shareholders that the rise in the dollar compared to other currencies drove “variance” within the company’s revenue guidance. “We have high exposure to this unprecedented appreciation in the USD because nearly 60% of our revenue comes from outside the US and swings in F/X have a large flow through to operating profit as most of our expenses are in USD and don’t benefit from a stronger USD,” the company said. Tech, consumer discretionary and more Results from technology giants are only beginning but Microsoft , which is set to report earnings July 26, has already warned its business will take a hit this year. The tech behemoth revised its guidance in June for the fourth quarter and full-year downward to reflect foreign exchange rates. Meanwhile, consumer discretionary names like Hasbro and Mattel are also feeling the pinch from the dollar’s rally. Despite an earnings beat, Mattel suffered from currency headwinds The toymaker generates about 39% of its sales from abroad, according to FactSet . Despite a beat on the top and bottom lines in the second quarter, Johnson & Johnson cut its full-year guidance to reflect the impact of the strong dollar. The strength of the greenback dragged down international and total sales growth by 10 and 5 percentage points, respectively, for the company, which makes about half of its sales from overseas, according to FactSet. The surging dollar has also dented the commodities market, leading to weaker prices for copper and other necessities. Copper company Freeport-McMoRan missed estimates for the quarter on the top and bottom lines amid falling prices. Despite these concerns, markets “remain healthy,” said President Kathleen Quirk during a conference call this week. Thriving as the dollar rises To be sure, not all companies are getting pinched by the dollar’s surge. A recent screen from CNBC Pro found a slew of companies well positioned to thrive in a strong dollar environment given that the majority of their sales occur domestically. Names that made the list include Marathon Petroleum and Dominion Energy, Ulta Beauty and Southwest Airlines. Materials companies like Dow and Sherwin-Williams are also insulated and positioned to benefit from the strength of the dollar, said Jeff Kilburg, chief investment officer at Sanctuary Wealth. While companies remain cautious going forward, some analysts and big investors also believe the dollar’s rally has already shown signs that it’s rolling over. That’s especially the case as central banks around the globe, including the European Central Bank , begin hiking rates. “Most of the dollar move that we’ve seen is now in the rearview mirror, so what we see and what we hear from companies in Q2 I would argue is probably yesterday’s news,” said Jack Ablin, founding partner of Cresset Capital. “If the bond market’s right that the fed funds rate is going to peak in December, January and then start to come down in 2023, I would imagine the dollar is going to do something similar.” — CNBC’s Robert Hum contributed to this story.

Air pollution takes 2 years off your life, more than smoking or alcohol