HomeUSAInflation is suddenly making college more expensive than ever
USA

Inflation is suddenly making college more expensive than ever 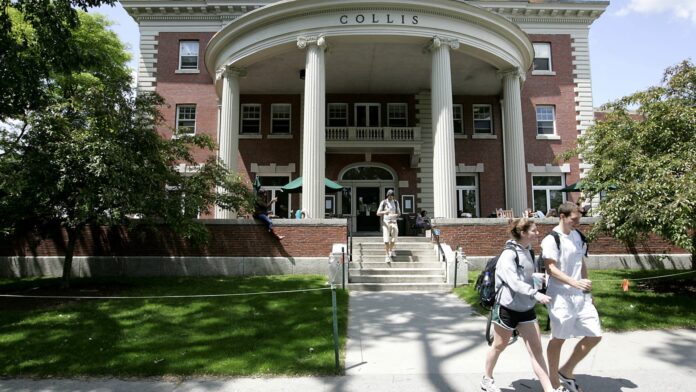 Beyond highlighting the overwhelming burden of student loan debt, the last few years of economic turmoil have also shed light on the sky-high cost of college.

“Sometimes students feel the sense of ‘My parents are going to make it work,'” said Jennifer Finetti, director of student advocacy at ScholarshipOwl. “I think a lot of students don’t realize the financial reality: A lot of them can’t.”

In fact, college has never been more costly than it is today. That’s largely due to a convergence of factors including inflation’s sudden impact on the tuition tab, rising interest rates on student loans and the market decline’s effect on investments families were relying on to cover college bills.

During the pandemic, increases in tuition and fees largely held steady, according to a report by the College Board, which tracks trends in college pricing and student aid.

More from Invest in You:
Setting up a budget right out of college is easy
Money moves to make now to stay ahead of inflation
How to know how much student debt you can afford

Now, some colleges are hiking tuition as much as 5%, citing inflation and other pressures.

“We have increased undergraduate tuition 4.25% for the coming academic year, our largest increase in 14 years,” Boston University President Robert Brown recently said in a letter to the community.

“We are caught in an inflationary vise between the institutional pressures and the impact on our students and their families,” he wrote.

Many students must borrow to cover the cost of higher education, and loans are also getting more expensive.

Private student loans may have a fixed rate or a variable one tied to the Libor, prime or T-bill rates — and that means that, as the Federal Reserve raises rates, those borrowers will also pay more in interest. How much more, however, will vary by the benchmark.

Meanwhile, escalating concerns about inflation and a possible recession have taken a toll on most people’s investments, including any college money tied up in the markets.

The major stock market indexes have seen double-digit declines in 2022 and, as a result, 529 college savings plan balances could now be smaller than expected.

“All of a sudden, they have less money than they thought,” Finetti said.

If you are reeling from recent market losses, colleges are likely receptive to appeals for financial help, according to Kalman Chany, a financial aid consultant and author of The Princeton Review’s “Paying for College.” However, he added, “they generally can’t adjust for assets,” which already matter less when it comes to determining your aid eligibility.

A better strategy is to shift your portfolio allocation to be more conservative as college approaches, he advised.

Generally, 529 plans offer age-based portfolios, which start off with more equity exposure early on in a child’s life and then automatically adjust so as the start of college draws near, the portfolio will be weighted toward more conservative investments, such as bonds.

Affordability fears turn some students away

Between the rising cost of college and ballooning student loan balances, nearly half, or 44%, of currently enrolled undergraduate students with federal or private loans have considered dropping out of school due to the financial burden, according to a survey from BestColleges.com.

Fewer students are also choosing to go to college at all, according to a separate report by the National Student Clearinghouse Research Center based on data from colleges.

While the U.S. Department of Education has not yet confirmed whether broad student-loan forgiveness for federal borrowers will happen, the Biden administration announced it is setting new limits on the accrual of interest, among other changes to make college more affordable.

“We are committed to fixing a broken system,” U.S. Secretary of Education Miguel Cardona said in a recent statement.

SIGN UP: Money 101 is an 8-week learning course to financial freedom, delivered weekly to your inbox. For the Spanish version, Dinero 101, click here.

Disclosure: NBCUniversal and Comcast Ventures are investors in Acorns.