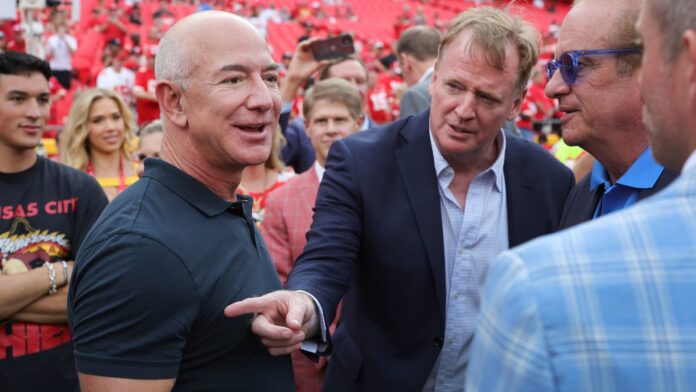 Amazon founder Jeff Bezos and commissioner Roger Goodell on the sidelines before the start of an NFL football game between the Los Angeles Chargers and Kansas City Chiefs, Thursday, Sep.15, 2022, in Kansas City, Mo.

The Amazon founder and multibillionaire has expressed interest in purchasing the team, possibly in collaboration with rapper and music industry giant Jay-Z, The Washington Post and Bloomberg reported Thursday, each citing a single source. The Washington Post is owned by Jeff Bezos. People reported Bezos’ interest earlier Thursday.

The reports came a day after current owner Dan Snyder hired Bank of America to explore a sale of the team. Snyder has faced mounting pressure to sell the team. He’s currently the subject of House Oversight Committee and NFL investigations into allegations of sexual harassment and financial misconduct.

Companies are delaying IPOs due to market uncertainty