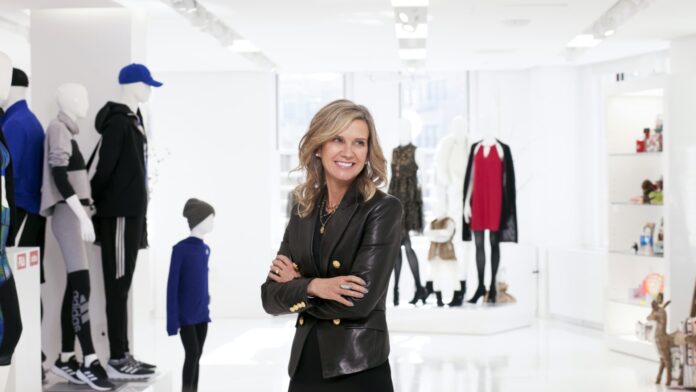 Kohl’s said Tuesday that CEO Michelle Gass is leaving the company for a new opportunity as its sales continue to fall.

In a separate release, Levi Strauss & Co. said Gass will join the company in early January as president and step into the role of CEO within the next 18 months. She will succeed the company’s CEO Chip Bergh.

Kohl’s also announced preliminary third quarter results. It said it anticipates comparable sales to be down 6.9% in the three-month period ended Oct. 29, with net sales down 7.2%, from a year ago. The company plans to release its full quarterly results on Nov. 17.

Kohl’s — and Gass — have been under pressure from investors. Activist investor Ancora Holdings has pushed the company to remove Gass from the position. Its push for new leadership intensified after Kohl’s terminated talks this summer to sell to the Franchise Group, owner of The Vitamin Shoppe.

Yet the retailer has pressed ahead with plans to redesign stores, add new brands and offer more e-commerce options for customers. In 2020, it struck a deal with Sephora to open hundreds of beauty shops in its stores — and now plans to add them to all of its stores.

Early this month, Kohl’s opened a new store format in Tacoma, Washington with a smaller footprint, more mannequins and a merchandise assortment geared toward local preferences. And ahead of the holidays, it has added self pick-up at all stores, an area where customers can retrieve online purchases.

Kohl’s said the leadership change will take effect on Dec. 2. The board appointed Tom Kingsbury, a Kohl’s director since last year, to serve as interim CEO.

Why nuclear energy is on the verge of a renaissance

Beyond Meat to cut 19% of its workforce as sales, stock struggle